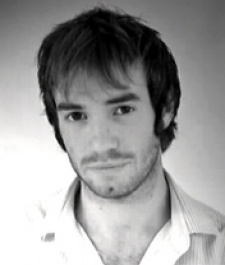 July 6th, 2011 - 11:02am
By Keith Andrew
If there's one constant theme when it comes to console developers having a crack at mobile development, it's the belief that smartphones offer them creative freedom.

Rodeo Games co-founder Ben Murch is no different. Formed from executives who had previously served at the likes of EA, Lionhead, Criterion and Codemasters, the studio launched its first game Hunters on iOS back in March, having been drawn to the platform for a fresh challenge.

However, while Rodeo has nothing bad to say regarding its iOS experience to date, Murch understands why those working at some of the bigger, traditionally more console focused publishers haven't embraced smartphones in the same way as his own studio: the market scares them.

We caught up with Murch for his take on why the mobile business model may keep some of the bigger boys at bay.

PocketGamer: You all have a history in console development in one form or other. What brought you over to iOS?

Ben Murch: Setting up a studio had been on mine and Laurent's minds for a while. We were always talking about iPhone games and how there was hardly anything out there that we wanted to play instead of playing on our consoles.

Then the Icelandic volcano eruption happened when we were in Vegas, which left us stranded for a week. In amongst the fun times we managed to outline an engaging game that we'd actually want to play on iOS. When we got back, we were pretty much ready to get started on Rodeo Games.

The iPhone and iPad provide a fantastic start up mentality with the App Store distribution. When you're doing everything yourself, having a really great distribution system is one less thing to worry about.

Coupled with the fact that iOS devices are exciting to develop for: there's so much you can do with touchscreen, portable devices. You really have to get into a different development mindset, both creatively and business-wise.

Did you consider it a business risk working on smartphones?

Yes and no. When you look at how many games get released every day on iPhone, it can be a little daunting. We had things in our favour though.

We were on our game full time, not part-time bedroom coding. We had lots of experience making games, and we knew the title we wanted to make. When you factor in those things, the risk gets significantly less. Of course, we were still all biting our nails on launch day. You never really know how it's going to go.

There's still a belief that console publishers are wary about the mobile market. Is there some truth in this, or could you see more of them making a big move onto smartphone?

When compared to 'traditional games', the mobile market is still relatively new and unproven. If I was a larger publisher I'd be wary of a market that sells full games for as little as a dollar.

As EA's John Riccitello said a while back, big publishers are like oil tankers. It takes them a long time to turn and head in a new direction. I mean, it's a totally different development process creating smartphone games compared to triple-A console games. Literally as different as a company that makes planes suddenly being asked to make cars.

We will undoubtedly see them have a larger presence on smartphones in the future, but it'll take a while and be a very different development and business model to what they're used to.
Hunters has just passed 500,000 downloads. How did you get the game noticed on the App Store?

First and foremost, you just have to get out there. We just talked to everyone we possibly could. Starting with the smaller websites to get some traction and working our way up from there.

The first few months post-release, it was pretty much a full time job for me and Laurent. Going on forums, replying to emails and actually talking to the community helped too, which had the side effect of developing our skin thickness.

Having a good game helps a lot too. Word of mouth is a really big drive for app store purchases. Think of how many times you've been in the pub and said "What's that?", then downloaded the app straight away for less than the cost of a beer. Getting credibility from lots of gaming websites helped too. For example, our downloads increased ten-fold when Kotaku gave us Gaming App of the Day.

What tips would you offer other studios looking to make some noise on the platform?

Make a good game. It's a lot easier when you start with a good foundation to build your noise on. But don't stop there. Good games don't just sell themselves. Be vocal about what you're doing to anyone and everyone who'll listen. Talk to the smaller websites, they're really useful.

Don't underestimate the combined strength of a lot of smaller voices on the net. It sends quite a powerful message when someone searches for your game on Google and the first five pages are all filled with your product. Know your market and focus on them first. Once the hardcore are on-board, they help shout your message far and wide.

From there you can build a community around your IP that people can participate in outside the game. Build a Wiki site, have a page on Facebook, all that stuff. Plus, it's a really rewarding experience as a developer to be able to chat to players and answer their questions one to one.

Finally, find a story that is unique to your team. Something that journalists can write engaging headlines about.

The freemium market on iOS is becoming increasingly competitive. Do you envision more developers adopting the model?

The freemium market is an interesting one - we wouldn't touch it with a bargepole as it's a totally different market to the one we set out to conquer.

There's no doubt freemium has opened up gaming to a whole new audience. I can see publishers trying to get in on the goldrush and release a lot of very similar looking and playing freemium games in the next few years. Most of which will probably be very commercially successful. I hope developers will continue to create games they love, which in turn, will drive creation of new business models and ideas.

Are you sticking with iOS, or will you move across to other platforms?

We'll be sticking to iOS for the near future - the idea being that you get your IP strong on one platform before expanding across to others. There are still so many people with iPhones, iPods and iPads who don't know about Hunters: Episode One. We want to get them on board before we expand from the Apple ship.

Iterate on our game, make it better for the fans, expand the audience, build the community and become the finest iPhone dev studio in the world. Maybe we'll think about Android and Windows phones then.
Thanks to Ben for his time.

You can find out more about Rodeo Games on the studio's website.