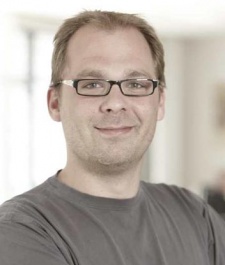 Having set up German online gaming publisher Gameforge, turning it into a $150 million revenue powerhouse with over 400 employees and more than 200 million registered players, Klaas Kersting wanted a change.

"It was fun to grow but as it got bigger, there was more distance between me and the games, teams and the customers," Kersting says.

"It was very valuable experience but I wanted to be entrepreneurial again."

So after five years with Gameforge, he left in March 2010, spending the rest of the year relaxing with friends and family and travelling.

"I had some ideas about what I wanted to do next, different to Gameforge but still involving the free-to-play model and funded by virtual item sales," he recalls.

The result is flaregames, already a 16-strong handpicked team that's been operating in stealth mode for a couple of months.

"Our vision is to create outstanding mobile games that involve the real world and feature deeper interaction than simple check-ins," Kersting explains.

"We see our games as the fusion of the real world and virtual world, while delivering an entertaining experience woven into the daily routine of our players' lives."

It's working on its launch title, which will be unveiled at the Gamescom show later in August, and released commercially on iPhone and iPad in late 2011.

Kersting won't reveal many details, only so say that it's trying hard to integrate both the local and global into the experience.

He also says the company is building a platform that will enable it to ship further games, pointing out the vision isn't just about location-based games, but also encapsulating elements such as augmented reality, indeed anything that can bridge the gap between the real and the virtual.

Of course, this is hot area for start ups, and one that's also starting to get crowded, if not yet blessed with a breakout hit.

"Grey Area is the only company that's getting close to what we want to do. It uses the technology in a smart way," Kersting says of the Finnish developer behind location-based game Shadow Cities.

"We're not a competitor to them though. Together we'll build the market as happened with Gameforge and Bigpoint."

After all, as Kersting says, that's what flaregames is all about.

"Everything that you perceive around you will be significant in our games."

You can check out what flaregames gets up to via web and Twitter.