Handhelds have had their day thanks to iPhone allure, reckons Secret Sauce head Russell Clarke

Sony and Nintendo just don't know it yet 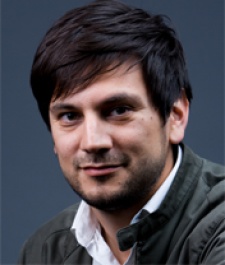 August 17th, 2011 - 11:02am
By Keith Andrew
The majority of mobile developers responding to investors calling on Nintendo to support iOS might have spoken positively about 3DS, but Secret Sauce head Russell Clarke has a more radical take on the situation: handhelds are dead.

It's a particularly spiky assessment, given 3DS is yet to pass its first birthday and Sony is gearing up for the launch of PS Vita, but Clarke  who heads up the Ideaworks outfit - believes both handhelds are out of touch with the modern consumer.

"Personally, I think dedicated handheld gaming devices have had their day, and no amount of dubious hardware gimmicks will turn that tide," Clarke told us, as part of our sweep of developer opinion.

"The 3DS and Vita are good devices, but I'm not going to buy one because I know I'd never use it - I have an iPhone in my pocket now, with an endless stream of new content and a steadily raising quality bar."

Clarke believes handhelds are too "expensive and bulky" to compete with smartphones. Instead of taking them on, the likes of Nintendo should make a move on the mobile market itself.

Beat them at their own game

"Nintendo are renowned for quality and creativity of game design," he concluded.

"Nintendo-built smartphone games would be hugely successful, so it's not surprising that investors would get excited at the prospect.

You can read other developer's opinion on the prospect of Nintendo making a move on mobile by clicking here.