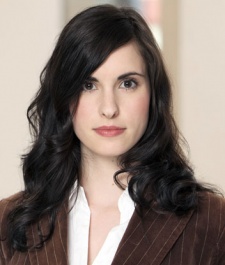 September 6th, 2011 - 12:17pm
By Jon Jordan, Contributing Editor
While much of the momentum in the mobile ads ecosystem is driven by the US, European companies are also on the move.

One such as German outfit madvertise, which is expanding fast, recently opening offices in the UK, Italy and Spain.

We caught up with Jana Sievers, its partner development for marketing and advertising, to find out more about the company and the services it offers developers.

Pocket Gamer: Can you provide some background about madvertise?

The company received a Series A Funding by Earlybird Venture Capital and Team Europe Ventures in March 2010. It has the aim of providing advertisers with effective tools to generate users for the mobile web or their apps, and publishers and developers with the means to monetise their mobile apps and sites.

Madvertise used the situation in the European mobile advertising market to its advantage, especially in German-speaking countries, to become market leader in this region, hence making it big enough for further European expansion.

There are now offices in London, Milan, Barcelona and Madrid, in addition to the headquarters in Berlin.

Why do you think developers should use madvertise?

First of all, madvertise has proven that we can offer an eCPM which is ten times higher than the average market eCPM. Developers only get ads from the most recognised brands and they can count on complete transparency and real-time reporting of generated revenues.

Furthermore, madvertise's SDKs for iOS and Android are open source, which gives the developer the opportunity to adapt the code for their needs. Madvertise also provides dedicated developer support with response times of less than 24 hours.

Can you explain how your 5 million Developer Fund works?

The Developer Fund grants app and mobile website developers 100 percent of the advertising revenue until the fund is used up.

The fund is open to all European developers and publishers and requires users to integrate the madvertise SDK for apps or code snippet for mobile websites to connect the ad space with the ad server. The developer can freely decide which ads run on its inventory to assure their relevance for their users.

For us, it's an investment for the future. Madvertise wants to support app developers and mobile websites with this fund. We consider it our most valuable asset to build and strengthen the relationship to the developer community.

With your KatAPPult program, you guarantee a top 25 chart placement within 48 hours. How does this work?

KatAPPult guarantees that an app is katAPPulted into the top 25 within its category in the App Store in a very short period of time, which is realised by madvertise placing ads in relevant mobile websites and other apps.

This triggers a large number of downloads of the advertised app, which in return pushes the app to the top. Madvertise is currently the only network offering this product, and has already katAPPulted more than 50 apps into the top ranks of the App Store.

In addition, we have iPad and Android app pushes available, which improve the ranking of the app in the corresponding app store.

What sort of campaigns do you run on madvertise?

Performance campaigns can be purchased on a CPC basis whereas branding campaigns, mostly involving rich media ads, are billed on CPM.

You also offer geo-targeted advertising. Why is this so important?

Location-based advertising is one of the hottest topics of 2011. Madvertise created a product which allows advertisers to target their users via location, offering them customised ads, Europe-wide. The madvertise service can pinpoint the customer's street, town or region.

For publishers, user location is very advantageous since the ads have higher relevance for the user, and in return, this leads to higher payouts.

Thanks to Jana for her time.

You can find out more about madvertise via its website.