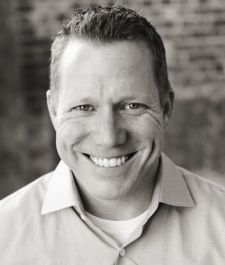 September 7th, 2011 - 08:29am
By Jon Jordan, Contributing Editor
Reaching over 142 million unique mobile users each month, and receiving over 23 billion ad requests, it's little wonder that Millennial Media labels itself the largest independent ad network in the US.

We caught up with senior vice president of global monetisation solutions, Matt Gillis, to get his take on the current mobile ad ecosystem, and where he expects it to go in future.

Pocket Gamer: When it comes to hardware, the smartphone race is all about iOS and Android, but you see anything different as a mobile advertising network?

Matt Gillis: When looking at apps and app marketplaces, I would basically agree. Android and iOS have both built such an enormous base that they are in great positions.

With that said though, mobile advertising certainly extends beyond those two, and we'll help developers monetise regardless of OS. Last month, RIM still made up about 15 percent of our total impressions, and Window Phone 7 actually grew 71 percent month-over-month.

Consumers are still interested in these platforms, and we believe there is opportunity for developers.

Do you think the big advertisers 'get' mobile advertising yet?

Definitely! We currently work with 20 of the top 25 brands in the world (ranked by Ad Age), and they are excited about what they can do with us in mobile.

As the app ecosystem continues to grow and evolve, the opportunity for advertisers is only getting bigger, and brands are finding they can engage consumers in unique and innovative ways.

There's seems to be a desire to move away from banner ads to richer media experiences, but due to its cost effectiveness and fillrate advantages, do you think banners will remain the core product?

From a developer perspective, flexibility is really the key. When a developer can offer multiple placements and a variety of different solutions, they make life easier for the advertisers, and when that happens, everyone wins.

Both Apple and Google have internal ad networks so do you think, in the longterm, they will end up favouring these solutions?

We can't really speak on Apple and Google, but we have heard from both developers and advertisers that being independent works in our benefit. More often than not, advertisers are looking to run cross-platform campaigns. Not having an operating system bias has served us well.

For developers, we have seen that they are simply looking for partners who are easy to work with and who will offer them the best solutions to monetise.

Tablets have certainly made an impact on the mobile ad business.

To start, consumers interact with tablets differently than they do with their phones - i.e. longer session times, increased video watching, etc. - and we have seen that they are using tablets to replace other technologies in the home. Whether this is watching movies, checking email or playing games, consumers are increasingly spending time with their tablets, and this is a good sign for both developers and advertisers.

In fact, last we month we saw that 16 percent of all impressions on our network came from connected devices, which includes tablets, MP3 players, e-readers, etc.

Developers love to build for devices that can give them a wide canvas to create their masterpieces, and tablets do just that. With advertisers craving to get their messages on these rich devices, this has played well for the developers allowing them to effectively monetise on platforms well beyond the smartphone.

What would you say to mobile developers who still consider running ads in their games to be a little cheap?

To start, I think the most important thing for developers is to build advertising into an app from the earliest stages. Developers can be perfectionists, and it is often essential that the user experience is exactly how the developer planned it. With this in mind, having to add in advertising after the fact can occasionally be difficult and may not fit with the game design and flow.

On the other hand though, look at a game such as Words with Friends. Newtoy (now Zynga With Friends) built the game with a monetisation plan in mind, and were able to deliver a great user experience, with ads, that has really been embraced by users.

Another key point is that the market has shown how effective the ad supported model is. Developers not only want to make money, but they also want to get their app into as many hands as possible, and mobile ads are a great way to do this.

Finally, it's worth pointing out that when a game has replayability, mobile ads can give developers a consistent revenue stream.

In a game such as Tetris Free on Android, users are playing it over and over, so rather than limit themselves to a single one-time purchase, Electronic Arts is leveraging mobile advertising to essentially monetise their core users time and time again. Did you ever imagine the day would come that users all over the world could play the one of the most popular videogames of all time on their mobile phone for free?

Times have changed and many developers large and small have recognised the need to evolve with the market and look to new ways to monetise their efforts.

What you do think are the key opportunities in mobile advertising over the next six months?

The holidays always have a big impact on mobile advertising. Advertisers often save a huge portion of their budget for the holiday season, and countless consumers will receive a new phone, tablet, iPod touch, etc.

Whenever consumers get new devices, there is always a usage spike, and they are looking for apps to download. This is a great opportunity for developers.

In a more granular sense, we are seeing mobile video take off. Consumers have shown they are actively seeking video content on their device, and advertisers/developers are reacting accordingly. This should continue in the next six months.

Thanks to Matt for his time.

You can check out what Millennial Media gets up to via its website.