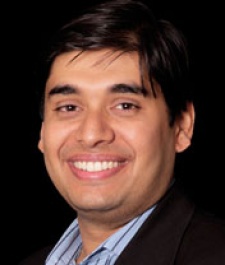 "We see the mobile ad business is being worth $25 billion over the next few years," he explained.

"This investment enables us to be more aggressive. We want to be a significant player. $200 million will allow us to take the business to very different heights. "

Pointing to the growth that has taken InMobi from around 1.5 million monthly uniques in August 2008 to 340 million now, plus 44 billion ads a month, Tewari said its challenge was to scale and operate as a truly global business.

InMobi has traditionally been strong in the US, European and Japanese markets, but is looking to invest heavily in Korea and China, amongst others. It currently operates in over 160 countries and has offices in 15.

The cash, which will be delivered in two tranches, one now and one in April 2012, will also be used to hire more engineering talent and for acquisitions.

"We're looking for technology and IP that we can combine with our existing scale and platform," Tewari said. "We're not so interested in acquiring for market entry."

A good example of this philosophy was InMobi's purchase of US company Sprout in August, with the HTML5 rich media outfit now plugged into InMobi's wider tech, enabling the company to offer services across mobile advertising, monetisation, payments, and rich media ads.

"We're able to engage at a scale other companies won't be able to in terms of brand advertisers and rich media. We're going after the entire ecosystem, not just network ads," Tewari said.

"We believe this business will eclipse any other digital advertising market and we're betting on it. We're going big."