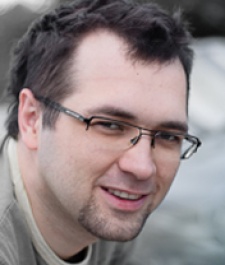 October 14th, 2011 - 09:30am
By Keith Andrew
Already this week, Mobile Pie's Will Luton caused something of a mini storm by suggesting iOS 5's AirPlay Mirroring could spell the beginning of the end for the traditional home console.

When Apple integrates apps and games into Apple TV, he claims, it could bring about the kind of revolution Wii triggered a few years back.

We caught up with Przemek to see why he thinks Apple will need to let developers play catch up when it comes to controls, however, before it takes on the TV.

Pocket Gamer: The update to Game Center looks set to import more Xbox Live-style features. How do you think this will increase user engagement?

Przemek Marszal: Not only Xbox Live-style - it's going in Facebook gamespace direction.

It's moving Game Center into the social arena, allowing you to show off, find friends, and then compete against them. It's also acts as a new store extension and will definitely help push cool games up the ranks.

What it lacks, however, is bigger interaction and expression - but with some luck and growing user numbers, after few months we'll see the addition of a comments system - 'post on Game Center', etc.

Great games will always find channels for recommendation, but system integrated ones are really welcome.

Will it be stronger on iPhone than Twitter, Facebook or user ratings? I don't know, but the more more social it gets, the more of an impact it'll have.

Will we use the system to artificially pump up our games? Definitely not  it's gamers and their power to 'pick up the pearls' that will push titles.

On the other hand, there's nothing to stop us registering a '11 bit boy' user in Game Center so players can challenge the developer at their own game.

It's definitely a first step - or should we say second one, as first one was made with TV output via cable.

I think what really matters here is a seamless experience. With AirPlay, you don't need to configure it beyond that first time. Just turn on your television and start browsing photos, watching videos or playing movies, all via your iPad.

What users need, however, are committed developers to add such functionality to their software and, even more importantly, some time given for developers to find the best possible methods of using an iOS device as a controller for a game on the television.

But, at the end of the road I would like to have everything synced and everything independent at the same time.

I would like to pick up my game on the bus, and then while I'm home with my kid, I'd like to pick up two independent controllers to continue my game on TV. Then, before going to sleep, level ip my character on iPad while checking the news of the day.

I think Apple must have engaged in a lot of brainstorming on how to incorporate Apple TV into ecosystem, and hope AirPlay is not the final option.

What we all get from Apple is a user-friendly approach and smoothness in usage  the user doesn't need to go into details. iCloud is the next step - pick up your game wherever you want, and definitely all our games will use this philosophy.

And yes, we plan to support iCloud in past releases too. It's great - you can get back to your favourite game whenever you want, wherever you want and have all your progress saved.

Apple needs to move to the TV. Not only via AirPlay, but also with the option of using Apple TV as a cloud synced hub for games.

Imagine all of the App Store's games hitting big screen  it would be like Wii all over again, albeit with a $2 games. A revolution.

Literally, this could stop the hearts of Microsoft, Sony and Nintendo's consoles, and they are afraid of it for sure.
Thanks to Przemek for his time.

You can find out more about 11 bit studios on the developer's website.