Catch her at this week's App Developers Conference 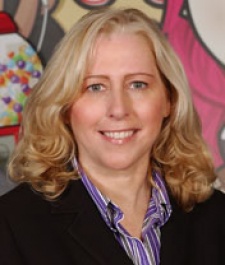 October 25th, 2011 - 12:33am
By Damon Brown
The teen and young women gaming audience has traditionally been as elusive as the Yeti, but WeeWorld has grabbed more than 60 million of them across Facebook, the web and, more recently, iOS and Android.

Driven by detailed avatar-building and fun interactions, WeeWorld is now using a blend of paid and freemium apps to take over mobile.

We spoke with WeeWorld COO Lauren Bigelow before her talk at this week's App Developers Conference, in Santa Clara, October 26-27, to find out the secret behind its success.

Pocket Gamer: WeeWorld has been around for years, but mobile is fairly new, right?

Lauren Bigelow: We're just getting started in mobile. WeeWorld is an avatar-based social network, so you can take your avatars to AIM and other instant messengers. It is more teen-focused because it has to do with creating an identity. With mobile, we knew it would be new opportunities, so we didnt just want to take our web approach and [graft it] onto mobile.

We've had an iPhone app mobile avatar creator since March 2010, and it's been bouncing around the top of the paid app charts, and on Android, prebunded on Motorola handsets. The Android apps have not been as lucrative, but it's growing.

Our apps skew female and teen. Whats interesting is that, through surveys, about 40 percent of our users heard about it from friends. And 60 percent of them have hever heard of WeeWorld. We're really tapping into new people now.

That is a really impressive number of purchasers. Why is that?

Well, I think it's because the app has been paid since the very beginning. When you have people willing to invest in it to begin with, you have more dedication. You can weed out the browsers.

So where does the balance lie for WeeWorld between pay and freemium?

We are almost all paid now. We have Talking WeeMee that allows your avatar to talk to another avatar and post the conversation online.

The reason we went paid is that we started this by bootstraping and we needed it to be profitable! Now we're at this point where we're going to mobile, we're building the team out, and we're actually introducing more free apps.

Just the simple cross-promotion increases the uptake of the apps by around 600 percent.

It seems Android users are less likely to pay for an app. Are you doing a unified strategy or are you looking at the Apple and Android platforms differently?

We did start with a unified strategy but we recently made our Android app free.

On Android, there was much less uptake, but we are going to add in-app purchases. For iOS, the next apps we do will be designed to be free with a paid upgrade/in-app purchase.

Can you tell us about the Social Gaming Advertising Network, the new company WeeWorld started last Spring? It sounds like you're getting serious about in-game advertising in your universe.

We really wanted to take advantage of the sales department as far as integrating apps within the gaming space. For example, [the female shaving lotion] Skintimate wasnt just an ad, but was put within the actual WeeWorld with Skintimate outfits available for avatars on the web and mobile. The concept is that your campaign isn't just in one game, but in multiple platforms.

When you can integrate, it is powerful for the users. With Coke, you can have your avatar drinking a Coke or have the Coke bear [from the commercials]. Based on our research, users see it as content instead of an ad. You are interacting.

And what will your panel be about on Thursday at the App Developer's Conference?

We hope to have a lively discussion trying to understand the challenges and opportunities within the mobile space. I'll be sharing our experiences doing a campaign both online and mobile.

Finally, creators and developers have been trying to get the teen and young female gamers for decades. What's the one reason why WeeWorld has been successful?

The self expression and identity exploration within a fun and creative environment.


WeeWorld COO Lauren Bigelow will be on the panel "Getting Attention: Advertising Across Platforms" at the App Developers Conference on Thursday, October 27, in Santa Clara.