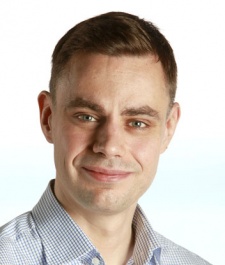 October 26th, 2011 - 08:27am
By Jon Jordan, Contributing Editor
It's easy to confuse cause with effect, especially when it comes to competitive behaviour.

Created when a Finnish developer couldn't get any viral traction for a Facebook game, it's since blossomed into a distribution network for games that's driven well over 100 million installs; in fact, it's the largest network of its kind on the platform.

"We could see the big publishers such as Zynga were successfully cross promoting their own games, so we thought, we don't have anything to lose. Let's try something similar," says CEO Jussi Laakkonen.

Opening up the platform on a free, click-share basis (i.e. if an ad around your Facebook game drives an install, you gain a 'install' credit within the system), it's proof that when the cake is big enough, it's better to co-operate than fight over the crumbs.

A slight twist is Applifier 'pays' itself by taking a margin of the clicks, which can also be bought, but only by companies already signed up and using the network, not outsiders.

"You get what you put into the system. It's a bit like judo. You can't change the user's behaviour, but you're turning that weakness into a strength," Laakkonen explains.

"Developers questions whether they are cannabalising their gamers, but the fact is, as Bing Gordon says, this is the most promiscuous audience ever. People are playing a lot of games, and that's why cross promotion works."

Indeed, from Applifier's own figures, on average, on Facebook, people play 6.5 games per month.

"That's going to be more like 8 games a month when you include Zynga," he adds. Zynga is one of the few companies not to use Applifier as it has its own zbar system.

Of course, the reason for talking to Laakkonen is that over the past couple of months, Applifier has been expanding its system for iOS and Android.

"Mobile is six to 12 months behind Facebook in terms of the rise of free-to-play, which we know increases app downloads 30 times. This means your audience is getting much larger and much less committed," he explains.

They have so many available games, once they 'acquire' a player, they use their own cross promotion systems to offer them more games - effectively locking them into their system.

Applifier's goal is offer other companies a similar co-operative option.

"Although it's early for our mobile network, we're in this for the long haul to create something of lasting value for publishers," Laakkonen says.

To-date, he says click-through rates on the mobile version of Applifier seems to be equivalent to Facebook, while the opening up of Facebook's distribution platform for native and web/HTML5 apps is an area he expects to drive additional discovery for games.

As part of this, he reckons there remains plenty of opportunity for mobile companies to break into the big time.

"I would be depressed if the mobile gaming market ended up a clone of Facebook. Actually, I'm bullish that small and scrappy start ups can be innovative and come up with some paradigm-defining mobile games next year."

As for Applifier's role in enabling this, scale is the thing Laakkonen thinks will ultimately be hard to beat.

"We're the biggest on Facebook, and our goal is to build the largest network on mobile too," he says. "Developers and publishers want to access the biggest audience."

You can find out more about Applifier via its website.