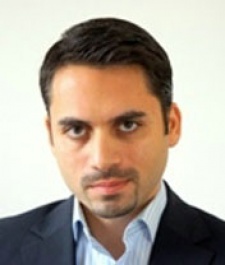 November 7th, 2011 - 10:11am
By Damon Brown
Starting out as a small UK-based web gaming company in 2009, Yazino has grown into a 50-person start-up supporting games across iOS, Facebook, and its own Yazino.com.

Its focus has traditionally been on classic casino games such as roulette and Texas Hold 'em, but recently it's expanded into the board game market with Facebook game Hissteria.

So, on the eve of its second iOS release, Blackjack, we talked with Stephan Ansari, VP business development, about its plans for Android, selling virtual gambling, and appealing to the underserved older demographic.

Pocket Gamer: Yazino started with web-based gaming,  so what's been your approach with iOS?

Stephan Ansari: We started in iOS back in April. The first game was [the slot machine title] Wheel Deel, and we learned a lot that we applied to our latest iOS game, Blackjack.

Based on user feedback, we feel like weve done a better job.

Our focus is on having the classic experience with social aspects such as chat, seeing when friends are online, and interacting across platform: iOS, Facebook, and Yazino.com.

Is Android on the radar?

Absolutely. Android is on our road map for Q1 2012. We're now looking at how best to implement it, between Flash, HTML5, and so on.

And what about the phones versus the tablets?

Were definitely looking at tablets as a huge opportunity simply because of the lifestyle of tablets: people are sitting in their living room downloading apps.

For now, we still see the iPad as the leading tablet on the market, so were focused on universal apps.

The main things are the user interface and the user journey  the gameplay experience.
Blackjack may seem universal, but once you get onto the table, it is a very different experience [on Facebook and on mobiles].

On Facebook, you have much more real estate. You can type your chat and do your move at the same time. On iOS, we had to make chat a button, make the chat itself an overlay, as well as create speech bubbles due to the screen size limitation. It was pretty cool on iOS since it allowed people to see what people said on the web and vice versa.

Another example is adding friends. On iOS, Blackjack, you tap an avatar and you can add someone as a friend. Online, it is a plus sign on the avatar that you can click.

The other thing we became mindful of is online connection: 3G versus Wi-Fi. These people are playing against other people on Facebook, so we had to be mindful of the packet size.

We also learned about file size. There are those games that are over 200 MB and require a wi-fi connection, but we also wanted to support 3G downloads, so we got Blackjack down to 12 MB.

Totally. Im not the tech guy, but it was seriously optimised! Now were looking to add more features and implement options currently available online into Blackjack iOS, like tournament play.

Besides Hissteria, do you have any interest in going beyond casino games?

Well, card and board games are pretty broad categories, but no, were not going to go with the Zynga/Playfish route.

For our founders, it was a strategic decision to not just appeal to the 13  35 year old demographic, but to 35+ whether male or female.

With our upcoming game High Stakes, it is similar to Wheel Deel, but there are also bonus rounds, a leaderboard with other players, and other differences. The positioning is more male as you're part of a gang of international gem thieves. During the bonus round, one out of nine players gets his or her turn to crack the 3-digit code.

One of the taglines we use is "Yazino is the destination for the playful grown-up", and were going to stick with it.
Thanks to Stephen for his time. Reply
Karl- Jeanne Becker
Changed my password on facebook and cant get on yazino
Posted 7 years, 5 months ago

Reply
jon jordan
Sorry, you'll have to talk to Yazino customer support about that
Posted 7 years, 5 months ago