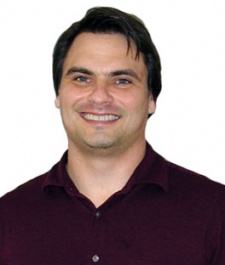 November 7th, 2011 - 08:31am
By Damon Brown
Telltale Games has cornered the market on iPad episodic content, resurrecting classics like Monkey Island Tales and exploring new game IPs such as Back to the Future.

And that's something the company is keen to acceleration, announcing 30 titles will be released before the end of 2011.

Telltale Games CEO and co-founder Dan Connors gave us his thoughts on why episodic gaming matters, how each version of Jurassic Park will be unique, and why he loves iPad.

Pocket Gamer: You have lots of games coming out this quarter, so how many will be original IP and how many branded?

Dan Connors: A good chunk of them will be the Law & Order titles and Jurassic Park. Others will be moving some of the back catalog stuff onto the iPad or the iPhone first time. I'd say it's a 50/50 split.

So were there a ton of classics collecting dust?

Our type of gameplay is such where anyone can play it, so being on a platform with such diverse reach is an opportunity to find new audiences.

The iPad really enhances our reputation as a storytelling company. It's always our goal to move across new platforms and deliver our stories to different audiences.

Why the rapid expansion?

I think the schedules are such where Jurassic Park is finishing up and those four episodes will be ready to go pretty quickly.

Everything we're doing right now is episodic and multiplatform, so it can add up really quickly. If we're doing five iPhone episodes and five iPad episodes, that's 10 games.

Some franchises like Monkey Island and Sam & Max are still being released on the iPad. With Sam & Max alone, we have a treasure trove of 16 episodes, so we're working hard to get [the remaining episodes ready] for the iPad.

We want to set up a stream so our gamers can complete one episode and jump into the next.

I think every platform has its own strengths and ways of experiences the titles. The reason different platform versions exist is because they do different things.

There are gamers who prefer a certain game on iPad and another one on the Xbox - for them, they just have a choice. Do they want to sit on the couch, do they need to be more mobile, do they need to get on a plane?

The good news is that multiplatform folks have a choice, and others, prefer playing the iPad, so we want they to see that content, as opposed to the Xbox, where people may expect a different experience.

One thing we love with the iPad is the liberation from things having to be a certain way. You can build something unique and people will play it and try it. With other platforms, there are real expectations about what a game has to be.

What percentage of these games will be episodic?

All of them will be episodic.

Why's that a good strategy for you?

Yes, because it's the right way to go, at least for tablet and iOS platforms, since it is the right chunk of content on those devices.

With larger platforms you need bigger products, which is like offering a 'full season' in one piece.

Where do platforms such as Kindle Fire and the NOOK Color fit into your plans?

We're pretty busy this year. We definitely want to see what shakes down and what gets adopted by what audiences.

Obviously, anything related to Kindle is related to storytelling and books. Where Telltale Games can give interactivity to book or story experiences is always a main driver for us. If we feel like we can go somewhere and give our unique take on storytelling, it is like a goldmine for us.

It is just a matter of finding the right franchise to start that process.

Can you go through the console, mobile, and tablet versions of Jurassic Park and tell us how the gameplay differs?

Well, it won't be on the phone at launch, but we're considering it for later.

With Jurassic Park, it's the first time we aggressively went after the audience for each platform. For the console, it focuses obviously on the button presses and negotiating the world with the left thumbtack. With the PC, we use the keyboard and mouse with traditional Telltale Games PC mechanics with some new dynamics.

For the iPad, we started over completely and said 'What's the best interface we can imagine?', and put in lots of touches and swipes. It feels really great on the iPad. It liberated us.

We're really proud of how the iPad version is shaping up. It will be something new and unique. At Telltale Games, we strive to be different and find new ways to work with cinematic performance out there.

I think so. It's a logical next step for us. We're really excited to work with the different stakeholders in the Android market, and gain access to a larger audience.

However, we don't yet have the publishing experience to get onto the variety of Android devices and market places that are available.

Would that be tablets and phones?

[Laughs] Well, it's interesting. We love the form factor on the tablet. It's hard to do storytelling on the phone, but Android phones do have a pretty big screen.

It's just a matter of finding the right tablet to support and the right marketplace to go after.
Thanks to Dan for his time.

You can find out what Telltale gets up to via its website.