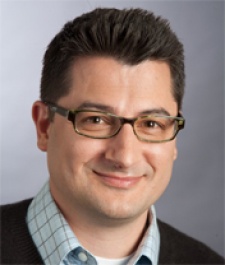 In this two part interview, we probe Peter Farago  VP of marketing at the firm  for his take on Flurry's figures, which suggest Nintendo handhelds now account for just 36 percent of software sales, down from 70 percent in 2009.

Part two sees Farago laying out the three areas where Nintendo and Sony can fight back; digitial distribution, hardware pricing and third party support.Pocket Gamer: What advice would you give to the likes of Nintendo and Sony?I think giving them 'advice' is a little out of place, but areas I would look at are, firstly, digital content distribution, secondly, hardware pricing and, thirdly, gaining thirdly party developer support.

On the digital distribution front, advances in both silicon - micro-processing power - and 'the cloud' make the smaller clients more powerful and access of content from the server more possible.

The business model of physical distribution is under attack for these kinds of content, and made possible by those two enabling technologies. It's expensive for developers and consumers.

In particular, I would look to Amazon as a case study of a company approaching the transition from physical to digital distribution very well. They are transitioning beautifully from mailing books, etc. to delivering these digitally.

When it comes to hardware pricing, I also believe both companies need to be more realistic about the pricing of their hardware.

For example, the Wii initially launched at $249, as did the 3DS. While Nintendo already cut price for the 3DS, pricing a portable device at launch at the same price as their console seemed ambitious. Sony is coming out with $299 with a 3G/Wifi version and $249 for wifi only.

Even more concerning is that memory cards, which seem like a 'must have', will set the consumer back by $29 for 4GB card and $145 for a 32GB card.

Also, these devices are either fully dedicated or primarily game devices, which means reduced utility to the consumer versus more versatile iOS and Android devices. While dedicated gaming devices play harder core games better, there is more money to be made beyond this segment.

Going back to Amazon as an example, when the iPad launched, a multi-purpose device, Amazon drastically reduced their eReader. As a side note, considering Nintendo's key strength in first party games, I would assume they attempt to make most of their margin on the software side.

Finally, in terms of third party support, both Sony and Nintendo need to think harder about attracting support from outside studios.

Frankly, the fight for developer attention is what has most changed since the last release of their hardware.

Nintendo has its first party games, and Sony has signed up some key game launch partners. However, to continue supporting the platform, software makers need to see a healthy installed base and have the least amount of cost and friction to market.

Getting the first few key games made is not the hard part. The hard part is building a gaming platform and business ecosystem that naturally creates incentives for third party developers to participate.

The iOS and Android software distribution models have this nailed. This is where Sony and Nintendo need to adapt, or they will face having a wildly cyclical and potentially shrinking business on their hands.

You mention Apple and Google's moves into the TV market. What kind of impact do you think their respective moves will have on home consoles in the coming years?

The main disruption will be in the form of digital distribution.

In essence, this play will both broaden the market and steal share from incumbents. It's really the combination of pieces like hardware, an OS, a massive aggregation of consumer credit cards and a store packed with easy-to-download content that should worry, in particular, Sony.

While hard core gaming is highly dependent on dedicated controllers and tuned hardware, digital distribution of several media via the new app market model will dramatically impact consoles in the living room.

If we look back to Microsoft's first foray into consoles, it was a trojan horse move to turn the console into the "home server" connected to one's TV, from which all kinds of media could be delivered, including movies, music, games, photos, etc. This is, for example, why Netflix was an early partner to Microsoft.

Further, with the success of the Wii, Nintendo proved that a more casual audience exists among even console gamers. iOS and Android have already expanded the market to be even more mass market.  And XBLA has begun to push digital distribution of content.

At Sony, the TV business is haemorrhaging money, looking at a billion dollar loss for this fiscal year.  Most telling is Howard Stringer's declaration that "I spent the last five years building a platform so I can compete against Steve Jobs".
Thanks to Peter for his time.You can read part one of the interview, where Peter spells out the combination of two different forces that resulted in Nintendo's software share slide, by clicking here.