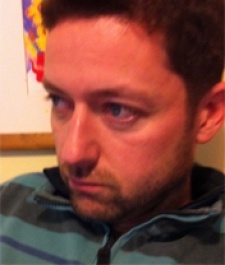 Namely, that huge hype builds around such debuts, almost without Apple having to lift a finger.

There is a feeling that emanates from developers, however, that they're constantly having to stay on their toes, taking wild guesses about Apple's next steps rather than working from a set plan of action.

As such, Revolution Software co-founder Tony Warriner believes, while AirPlay Mirroring on iOS 5 may only be a minor feature as things stand, developers looking to launch apps on any future home console from Apple  whether Apple TV or otherwise  should get on board with the tech now.

We caught up with Tony for his take on all things iOS 5.

Pocket Gamer: The update to Game Center has imported more Xbox Live-style features. How do you think this will increase user engagement?

Tony Warriner: I actually rather like Game Center and I think the changes take it in the right direction, definitely.

They need to build social gaming functionality that is both optional and non-intrusive, but that leverages the potential of what is now a huge networked platform and it seems like this is the path theyre beginning to take with it.

Given they own the platform and control every aspect, Id say the skys the limit for what they could do in this area.

I think it will help, but perhaps not profoundly as it stands.

I have a suspicion that most iOS users rarely, if ever, run the Game Center app itself. So they maybe need to think about ways to bring some of this stuff into the apps themselves.

You know, if Im playing a game and I've signed it into Game Center then Im happy, at that point, to be learning what my friends are playing, recommending, etc. It needs to be subtle, yes, but not tucked away in some other app that I never see.

AirPlay is like the big forgotten iOS feature, but as it stands its actually really nice and very powerful.

I think as more developers realise its actually quite easy to support, then in turn well see more game using it. Well certainly consider it for the next big Revolution game.

Its worth doing now, because as we all know, a big TV play from Apple is just around the corner.

Do you plan to work support for iCloud into past releases, and more generally, how do you think it will impact games on the platform?

In my view the tech has a fairly steep initial learning curve, and for games at least, I think developers might be waiting to see what everyone else does in terms of implementation.

Nonetheless, it's clearly very strong technology and Id expect it to become a given fairly quickly. Once one game has it, itll feel wrong when other games don't.

Well, here's what I would really like to see - namely, a formal way for games to cross promote each other in-app.

So, for instance, on any given day Id be able to go to iTunes and set Broken Sword to cross promote another project of mine, Sticky Blocks, and vice versa. Then, having done that, both games would, in some unobtrusive way, cross promote each other to their respective players.

The next day I could add other games, or change the line up completely. This would allow groups of developers to string their games together in a far better way than the current banners and whatnot. Thered be no need to update the apps, or pull in content from servers and so on.

The smaller groups are producing some very innovative and worthwhile work and anything that helps with discovery has to be a good thing.

Generally though, iOS is a great platform and with it moving forward at such speed its just great fun to be along for the ride.
Thanks to Tony for his time.

You can find out more about Revolution Software on the studio's website, while Al Factory's Sticky Blocks  which Tony recently worked on  can be found on the App Store.