TIGA takes campaign to the top 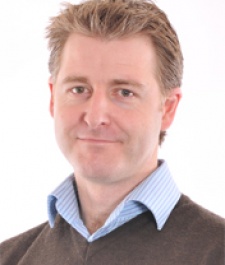 November 17th, 2011 - 12:22pm
By Keith Andrew
Talk in the press may focus on the squeeze on the NHS or cuts to public spending, but the current economic difficulties have a role to play in each and every industry, including mobile.

Fighting the corner for indie outfits and startups alike is UK trade association TIGA, which  led by Neon Play CEO Oli Christie  recently met with those holding the power at Westminster for a policy meeting.

The government, says Christie, appears to be in an impossible situation, with cuts a necessity rather than a choice.

Nevertheless, he maintains the government is arguably unaware of just how powerful a driver for the UK economy the games industry is, and without the money needed to foster new talent at grass roots, the country as a whole could find itself in trouble.

We caught up with Oli to find out how the policy meeting went, and to ask what he thinks those studios at the bottom of the ladder should do to secure their futures.

Pocket Gamer: How did the policy meeting at the House of Commons come about?

Oli Christie: TIGA has been fantastic in trying to campaign and persuade the government to introduce tax breaks into the UK games industry.

We need this tax relief to compete with countries like Canada, France and the USA as they have attractive tax breaks which is creating an uneven playing field.

In the UK, studios are closing and people are being laid off. In Canada, their industry has grown by 33 percent from 2008-2010, while ours has shrunk by 9 percent.

Tax incentives are largely responsible for this and we need our government to realise the importance of the UK games industry to the economy before it's too late.

What's the government's attitude in general to supporting start-ups in the games industry?

My gut feel is that the government doesn't realise how important the games industry is to our economy.

The creative industries, from advertising to film to music, make a huge contribution to our countrys output, but I feel that the perception is that those three industries are taken more seriously than games.

Perhaps it's because games are seen as a pastime, a hobby, killing time, wasting time, mindless violence, crashing cars and flying birds...it's just a bit of fun. Yup it's fun, but its serious fun and the British are seriously good at it and it contributes over £1 billion to our economy.

Another initiative that TIGA are trying to implement is a Creative Content Fund that could seriously benefit start-ups. They want an initial £2 million fund where start-ups can apply for up to £100,000 in funding, which they must match pound for pound.

For example, if I invest £50,000, the Fund matches it with £50,000. This must be for original IP and you must pay it back when the game hits certain profit levels. But this would be a great way for start-ups to get off the ground and a great way to encourage new IP.

What progress was made at the meeting?

To change law or implement new government initiatives is always going to be a long, hard slog, especially during 'tough economic times', but this for me felt like a positive stepping stone in the right direction.

The two MPs I spoke to - Tom Watson and Justin Tomlinson - were both clearly big gamers themselves and I felt they were there because they actually love games and understood how important the UK games industry is to our economy.

The Labour government did propose a games tax relief before the last election, but this was one of many proposals which was very easy for an outgoing government - who must have known they were going to lose  to make.

So, George Osbourne rejected the tax relief proposal as he thought it was 'badly targeted' - which is so wrong, as its brilliantly targeted in one of the few booming global sectors.

But this sort of meeting is part of a drip-drip feed of persuasion so that the right MPs who understand and support what we're doing, can cajole the powers-that-be that this is a tax relief worth implementing and fighting for.

But you feel it might take time...and for the console industry time is not on their side. The mobile games industry is fighting its corner well, but you feel there could be more mobile games studios in the UK with the talent we have.

Is there anything specifically they could do to aid start-ups in this industry? How easy do you think it is for indies to get off the ground on mobile?

It seems that the banks are still not lending at all and for a games start-up to ask for funding, the general vibe was that it was virtually impossible.

Even hardened games veterans with successful careers and a strong back-catalogue have struggled to get bank loans and the consensus was if you wanted funding, you need to go the VC route.

Its hard for indies to get off the ground, but the Creative Content Fund would be a good start. What people must realise though is that it doesn't actually cost vast amounts of money to create a mobile game.

It's hard to get a return on investment if you spend too long or too much money on a mobile game, but if you have a great idea and its executed well, then a team of two or four people can create a game in 2-3 months and get it on the App Store.

Thats what Neon Play did with our first game Flick Football and theres no reason other start-ups can't take the plunge - it's a risk worth taking and if you dont take risks, you'll never achieve anything.

In just 18 months, we've grown to 16 people by creating multiple games and IP, having achieved 26 million downloads, with 10 separate games getting over 1 million downloads each. If we can do it, anyone can.

It's vital that every UK games developer who wants to be taken seriously should join TIGA. It's really not that expensive and we have easily covered our membership fee with the network of discount opportunities and introductions we've made via TIGA.

It's one of the best trade associations in the UK - hence all the awards - and game developers need to support TIGA so they can support us. Do it before its game over.
Thanks to Oli for his time.

You can find out more about TIGA on the body's website.