MobileBits' Karsten Wysk on why its .NET Delta Engine is the most efficient for mobile game making

Only one to support OS, Android and Window Phone 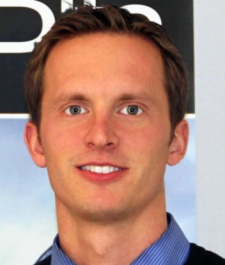 November 28th, 2011 - 01:11pm
By Jon Jordan, Contributing Editor
Taking advantage of middleware's adoption by console developers over the past decade, the technology has quickly become a standard element of the mobile game market.

Indeed, with providers such as Epic and Unity successful across both sectors, not to mention more portable oriented outfits such as Marmalade, Stonetrip and Hi Corp, it's becoming a crowded market.

Not that this is stopping new entrants. German developer MobileBits' is currently drumming up support for its Delta Engine.

Significantly, it's based on Microsoft's .NET framework, enabling it to be the only engine to support iOS, Android and Windows Phone.

We caught up with CEO Karsten Wysk to find out more about the pros and cons of its particular approach.

PocketGamer: What are the unique selling points of the Delta Engine?

Karsten Wysk: With the Delta Engine, everybody gets the full source code and you can change and add anything you want. In addition, open code means you can work directly on a code level as developers have done for 20 years of PC and console development.

Also, when it comes to workflow, the idea is not to create a new editor that enables you to do everything (as in Unity). The idea is to use existing editors, tools and development environments from PC and console development and make them work with the Delta Engine.

Finally, we're the only engine to support Windows Phone 7.

Do you think this is enough to compete with other engines?

Let me compare the Delta Engine to some other engines.

Unreal: it's an awesome and very mature engine - we're even using it to make a console game ourselves - but Unreal is designed for developers with millions of dollars of budget and big teams. It's much too complex for mobile games and small teams.

Marmalade: it's not really a game engine. It's a framework on top of which you could build an engine, which is what happen with its deal with Shiva 3D.

Unity and Shiva: great engines and Unity has been very successful recently.

But, over time, I think open always wins (see Android versus iOS). Also with an open system as the Delta Engine, it will not only be us who will work on the engine but everybody using the engine can and will contribute to the community.

Why did you decide to base the engine on .NET?

We think that .NET/C# is the most advanced programming language/environment and the most efficient in terms of creating games.

While we are aware most developers currently still use C++, we shifted to .NET in 2004 when we released the first ever commercial .NET game Arena Wars. Also, Unity and XNA developers use C# and there are about 500,000 on each platform (with some overlap, of course).

Do you think C# will be a barrier to the Delta Engine's take up?

In our experience, .NET games are not slower than C++ games. All of our .NET games have always performed very well, even on low specs hardware, and in reality you save so much time developing with .NET you have more time to optimise your game.

You say the engine is open sourced but from the FAQ, it seems some parts aren't available?

The structure of the engine is that the PC engine is fully open source.

However, if you want to convert code and assets to other platforms such as iOS, Android and Windows Phone 7, you need to use our cloud services (e.g. content manager, build server etc), which costs money and which are not open source.

What's your pricing going to be in terms of the Multiplatform License?

Currently, we are pricing the engine based on the effort required to make an individual game work. Not everything is finished yet, so depending on the game, there may be some manual work required from our side.

During the first half of 2012, we will switch into a more automatic mode, where everybody will pay a monthly subscription based on the modules they use from our Delta Engine marketplace. There won't be big upfront costs as with Unity and generally we will be cheaper.

When do you expect to released Delta Engine v1.0 and offer full support for Android?

Work on the Delta Engine will never be finished, however, we plan to release a great 1.0 version later in 2012.

Android is already supported - it currently just requires some manual work to do the porting (e.g. an hour of work for some games). That's why you have to contact us individually for a licence.

When we have it down to a click for most games, we will release the marketplace version.

What are your views on Windows Phone as a gaming platform?

It has good potential - especially with Nokia entering the market and with Windows 8 on the roadmap. We think it will establish itself as the third big mobile platform at least.

How do you think Microsoft should improve its viability for mobile developers?

We can't complain about Microsoft's support. Since we are part of Microsoft's BizSpark One program, we get all the support we need. It just needs to sell units and then developers will come. Microsoft has the best ecosystem and tools.

However, I like that Android is open and has an additional and optional marketplaces which are not managed by the platform owner. That would be great for both iOS and Windows Phone.

Thanks to Karsten for his time.

You can find out more about Delta Engine via its website.