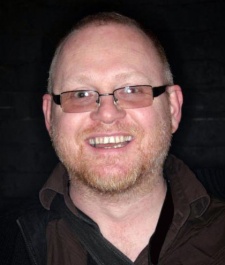 November 29th, 2011 - 08:31am
By Keith Andrew
If forced to use one word to describe PapayaMobile evangelist Oscar Clark's talk at Develop Liverpool, 'momentum' would have been the most appropriate.

Of course, given his employer is a China-based social gaming network, naturally Clark talked of the increasing prevalence of the freemium model, but he went went beyond merely selling it as a monetisation tool to talk about how it can inform game design.

Taking down the initial pay wall may make it more likely gamers will download your title, he argued, but that doesn't mean they'll play beyond an initial five minute stint if it bores them.

So while Clark stressed developers need to get onboard now to get a handle on freemium games before it's too late  summarising that only a handful of paid games will be able to continue to operate in such a traditional manner in the years to come  he also painted a picture of a market that's never likely to settle.

Freemium may be the flavour of the month now, but monetisation methods will continue to move forward.

We caught up with Clark post-Develop to get his take on the ever-changing mobile market.

Pocket Gamer: Do you think developers are more accepting of freemium now?

Oscar Clark: Six months ago when I started talking to people about PapayaMobile, there was a general understanding that freemium was a valid business model, but a concern from developers about being early adopters.

Now it's the concern comes from developers who feel that they are late to the party. The market has shifted so fast and audiences clearly are increasingly unwilling to 'pay at the door' when they can 'buy at the bar'.

Do you think part of the problem some developers have with freemium is that they think of it as a genre, rather than a monetisation model?

There is something in that. It's easier to see the Facebook clones model and assume that's what freemium is all about.

But at the same time, there are a lot of important lessons yet to be learnt about how those models work - especially in the mobile space - and how that can be adapted to new games genres.

We are a market in transition and will see new adoptions and new genres getting the social effect. What a great time to be in the games market!

You said you thought that only a dozen or so series will be able to carry on operating the paid model in the years to come. Do you think this will be a console-only phenomenon, or are there mobile series you think who can generate this level of hype too?

To be honest I'm not sure. There is definitely an inevitability about the way the console market has become more complex or risky and how that is driving the number of true triple-A titles down.

In the mobile space, we still have some opportunity for brand building, however, as the barriers to entry are so much lower so it seems to me that the community has a wider choice of content suppliers.

This means that content has to compete harder for your attention and trust.

Some games which exist on other platforms, such as EA or Gameloft titles, will have brand appeal, and they could continue to charge a premium. However, I suspect that to do so would be to ignore a large potential audience and the viral, marketing, and data value they bring, as well as revenue.

Detractors suggest many free releases suffer in terms of quality. How do you think developers are doing quality-wise?

This is the essential challenge for game designers looking at freemium as opposed to premium or free games.

Freemium depends on creating an acceptance to make small regular payments, and if we are to do that, we must ensure that players get value without unbalancing the game. If you don't have a good experience from your first payment, why would you spend a second time?

I personally believe that this payment has to add to the game experience of others, ideally showing them that they too can contribute to the gameplay experience by spending.

It's hard to give examples as each game is different, but think about consumable 'ammunition'. If a player buys ammo and gets given additional spare ammo packs that can only be shared with other players, this creates a positive social value for all affected players.

It's a virtual good that grants social capital for the purchasing player - as well as gameplay benefits - and the gifting process provides a way to communicate with their friends about their joy of playing the game - one which they may wish to reciprocate.

Getting the right virtual goods elements for your game takes skill, but is a challenge most designers can enjoy and play with, and that change is ongoing. It's part of the game design process.

Dave McCarthy of GREE's talk seemed to suggest his firm sees the Japanese social gaming model making the leap to the west in the years to come. Is that Papaya's view?

I'm lucky enough to have worked for a Japanese company -Sony - and to be able to compare the cultural differences for communities playing on the same platform from different parts of the world.

They are some great lessons to be learnt from the Japanese market, but I think we should also learn from other markets, not least South Korea and China.

At PapayaMobile, we have an audience of 37 million players, 68 percent of whom come from the US. As a result, we have been able to learn from a western audience as well as an Asian audience - something I believe has been a vital aspect of our success to-date.

Something else you suggest is they'll never be a one-size-fits-all monetisation model. Where do you see the industry going in the years to come?

The joy of the freemium model is that it means we have to move away from a one-time sale to a service economy where we take the audience with us.

To achieve that we have to remain relevant to them and continually adjust how we charge to maximise the entertainment value.

As always, it's impossible to predict accurately, but I would say that the freemium model implies a continuous improvement to ever better support our players and their enjoyment of our games - and it's only just started!
Thanks to Oscar for his time.