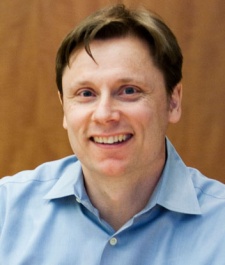 Maybe it's journalistic licence but Fiksu's CEO Micah Adler isn't convinced about my description of its launch of a consumer service called FreeMyApps as 'doing a Tapjoy'.

I've drawn the parallel with the recent launch of Tapjoy's iOS and Android website that gave the company a consumer focus as well as getting around Apple's banning of incentivised downloads in April.

It's a smart piece of marketing that scans your device and then offers you in-game currency in the games you have installed if you download some free apps or watch videos.

And, Fiksu - which labels itself a user acquisition outfit - is doing something 'similar' with FreeMyApps.

Launched today for US iTunes account holders, users access FreeMyApps website and are credited for downloading, installing and running for 30 seconds iPhone apps from a pre-selected menu.

"We've discussed it with Tapjoy and not competing with it, nor is it a reaction to Apple banning incentivised downloads," Adler says, when asked about the comparison.

"We're looking to encourage users to download paid games. It's hard to market paid apps effectively, and very difficult to get any volumes of users that are ROI positive."

In order to encourage the paid side of its business, Fiksu has to ensure it has plenty of volume in terms of available free apps that people will download in order to generate credits within the system.

Adler isn't worried there will be lack of supply into FreeMyApps, however.

"It's a worrisome situation for free apps, as well as free games," he explains. "We work with developers and marketeers of free and paid apps, and this is solution to both side's needs."

It can also control how many users it sends to the site via its existing mobile platform, which has pushed more than 55 million app installs to-date.

Of course, the flexible thing about creating a virtual currency is that it can easily be tweaked, depending on supply and/or demand.

Pre-launch, the economy was set at either 250 or 150 credits for an app download, while 99c games such as Angry Birds and Cut the Rope were priced at 390 credits.

"I'm sure we'll tweak the formula over time, but we don't expect to be changing it anytime soon," Adler says of the exchange rate.

And, with the launch described as 'soft', there will no doubt be plenty of opportunities in future to smooth over any rough edges as the scheme is rolled out to iPad, Android (including a standalone app), and "all relevant countries" at various points during 2012.

You can find out more via the FreeMyApps website.