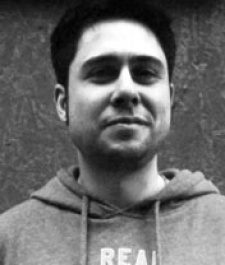 December 25th, 2011 - 12:01pm
By Keith Andrew
The next week will see some of the brightest and the best of the mobile gaming industry giving their opinions about the 12 months past and the year to come.

But before that, here's the views from the PocketGamer.biz crew.

Over to news editor, Keith Andrew.

Pocket Gamer: What do you think was the most significant event for the mobile games industry in 2011?

On the positive front, I think Nokia's decision to pull away from both Symbian and MeeGo and align itself with Microsoft will, in the long term, give the industry the strong third platform it needs. I still think it'll be some time before Windows Phone is considered by many to be a major competitor, and it's likely to be one of 2012's major events - the launch of Windows 8 - that really helps catapult it into the mainstream.

On the negative side, I think it's hard to look much beyond the continued woes at RIM.

It feels like it's moved from one crisis to another throughout the course of the year, all while the BlackBerry handsets fall perilously behind the likes of Android and iOS - both in terms of sales and form factor.

I really think 2011 will go down as a the year when RIM well and truly lost the plot, and unless there's a major shake up at the company, ultimately I think BlackBerry's days are numbered.

Well, given I awarded Sonic and Sega All-Stars Racing on iOS my one and only 10/10 over on PocketGamer.co.uk, that's surely worth a mention. It's certainly the most proficient, ambitious mobile game I've encountered to date, and does its developer Sumo Digital major credit.

Personally, however, there are a bevy of games this year that I've really, really enjoyed: Armor Games' Siego Hero probably tops the list for me, though also taking up much of my time this year have been ustwo's Whale Trail, Chillingo's excellent time management title Jet Set Go, Firemint's Spy Mouse - a lesson in how to add layers to what's initially a fairly simple idea - and kunst-stoff's Pudding Panic.

It's also interesting to note there are still waves being made in the Java market. Top honours on that score probably go to Sega's port of the original Sonic Advance, which just goes to show what can still be achieved on the format.

From a development perspective, I think the continued rise of HTML5 is going to have a major impact on how people do business in 2012.

It has the potential to break down all the walls between the biggest platforms, and it's going to be interesting to see how Apple - in particular - manages what could well the most serious threat to its ecosystem.

I think the other major shift we're likely to see in 2012 will be a ramping up in the smart TV market. Apple's next big move will surely be the launch of apps - in some form - on Apple TV, and that could have major ramifications both on the kinds of games we currently play on our TV sets, and the devices we use to do that.

Convergence is the word, really - not in terms of us all gravitating towards one OS, but rather a convergence between what we now deem the mobile and console gaming industries.

I'd be willing to bet big bucks that apps will have a major role to play in Microsoft's next Xbox, and it could well be that greater ties between Windows Phone and any new home console, combined with a rejuvenated Apple TV, will see Microsoft and Apple squaring up on multiple fronts.

My own resolution? To start getting up earlier, with the help of some particularly expensive coffee beans. Oh, and to learn German. This time next year I'll look to deliver this entire interview in fluent German. Perhaps.

From the perspective of the industry, I'd love to see indie developers take advantage of the freedom they have when it comes to working with sites like PG.biz.

The developers that make the biggest name for themselves are those willing to talk honestly about the business and their experiences within it, rather than farming out especially corporate, non-committal statements in a bid not to offend anyone.

Save that kind of reserved approach for when one of the big boys buys you out - which, to be honest, they're more likely to do if you make a bit of noise while you can.