Singapore and US coasts are up biggest communities 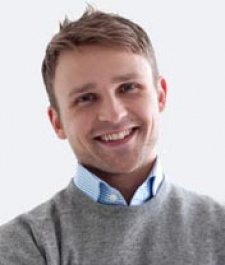 Finnish mobile hit Shadow Cities made the jump into the international arena in the spring of 2011, thanks in part to the company's $2.5 million funding injection.

A big success in its home territory in late 2010, the developer has since been working out the best way to create a global community.

So drilling down to a sub 10-meter proximity, we caught up with Grey Area CEO Ville Vesterinen in Helsinki to see how Shadow Cities has faired in the wide world

PocketGamer.biz: Shadow Cities launched a year ago in Finland so how happy are you with your progress so far?

Ville Vesterinen: We are very happy with Shadow Cities' progress. Since we launched, it has become a category-defining game showing the way forward for multiplayer mobile gaming.

We have amazing community of players all around the world and could not be more excited to build upon the success of Shadow Cities going forward.

What are the challenges involved with running a location-based game?

In Shadow Cities' case, many of the most interesting challenges are closely tied with running an emergent game, where players roam freely.

The balancing of the economy and the gameplay is always challenging when the game play is not tightly curated into an 'amusement park' experience. But that's also what makes it so much more interesting for the players.

Another challenge is understanding the new constraints. These include variables like gamers' physical locations. We need to understand how to design around the fact that the players' real physical location is fixed and can't be altered by game design.

Are you finding the game chimes with any particular nationalities?

There are definitely more active regions like Singapore and the US coastal regions, for example, but mostly the activity has to do with cities' attributes.

The physical composition of a city directly impacts the size and activity of the local community.

What's the plan in terms of supporting Shadow Cities in 2012?

We are fully committed supporting the game going forward.

Any news about other games yet?

Yes. After bringing in more people we now have the bandwidth to take on more games and build upon the Shadow Cities' success.

We're currently in the process of crafting our next game which will come out in early 2012.

It builds on Grey Area's strengths, namely building real-time multiplayer experiences that are social in a way that few, if any, mobile games are.

Helsinki has a strong game developer community that has evolved all the way from the demo scene in the late 1980s and early 1990s demo scene.

It's really one of the best places in the world to set up a game development company at the moment.

There is lots of talent, salaries are moderate compared the US and unlike in the Silicon Valley, there are no internet giants poaching our best engineers.

Helsinki is the biggest public secret in the global games space!

Thanks to Ville for his time. You can find out more about Grey Area here.