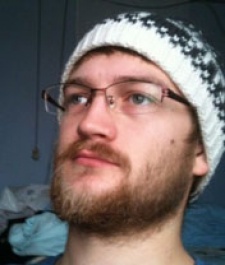 December 25th, 2011 - 11:11am
By Matt Sakuraoka-Gilman
The next week will see some of the brightest and the best of the mobile gaming industry giving their opinions about the 12 months past and the year to come.

But to kick us off, here's the views from the PocketGamer.biz crew.

Matt Gilman: When we look back at 2011, I think there will be few events as memorable as catching a brief, unexpected glimpse of the new Windows Phone-powered Lumia 800 during the ad break of the UK X-Factor. Teaming up with Microsoft means Nokia may finally have rid itself of the Sym(b)ian on its back, giving us an extra contender to look out for 2012.

As an aside to mobile gaming though, watching one of the biggest handheld devices - from one of the world's most established gaming companies, struggle through its first nine months of release was outstanding - if saddening.

Nintendo got it all wrong with the 3DS.

But what was interesting was how one of the first talking points to arise after the price drop was how Nintendo should move into smartphone gaming....

I have a horrendous penchant for games with numbers so a personal favourite of mine was King of Dragon Pass. Admittedly it's a port of a 1999 PC/Mac title, but it was a terrific testament to how touchscreen gaming can give us new experiences from old hat.

Likewise, I've pretty much been addicted to every one of the Kairosoft titles - to the point where I'm actually starting to dread the appearance on the App Store of another one lest I end up devoting/losing another full day playing it.

It terms of games which aren't remakes of decades old PC ports, I found Superbrothers: Sword & Sworcery EP and its wonderful soundtrack fantastic. I also spent way too much of my time cracking through the simple but effectively done puzzle game, The Heist.

Everyone is looking around at each other and muttering nervously about the unknown quantity of Apple TV, but I'm not yet convinced that 2012 will be the year it truly takes off.

The biggest issue for me, in mobile gaming, is the concept of freemium vs premium. It's hard to discuss it without using the term 'ethical' but in a recent conversation with Applifier CEO Jussi Laakkonen, he pointed out to me that what we should be really talking about is 'fun'.

At the moment, people are making a lot of money, and it's hard to pinpoint many freemium titles that would deliver 'fun' to traditional gamers through a freemium model. Hence, 2012 needs to be the year that freemium truly delivers fun, not derivative rehashed versions of financially successful twaddle, but legitimate gameplay to be proud of.

My own resolution? To improve my Japanese reading and writing skills. Sitting through the Tokyo Game Show 2011 conferences was fine but I struggled to keep up with all the Kanji flying around the Nintendo powerpoint presentations.

For the industry, I would probably re-iterate what I stated in the previous question. New business models are thriving financially but traditional gamers are looking on with growing tiredness. To keep these audiences hooked, games require quality experiences at their core.