Ogmento CEO Brian Selzer on why the next leap forward in location-based play will come from hardware, not software

Checking-in to check out 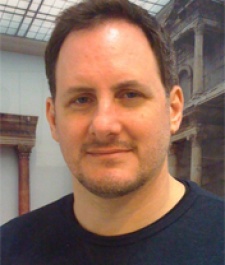 January 19th, 2012 - 09:23am
By Keith Andrew
Even the staunchest of supporters would have to admit there's still a debate about what location-based apps are really for.

No-one doubts the potential of the technology, but knowing how to apply location elements to deliver an experience gamers value is an art mastered by a few.

Like most working within the sector, however, Ogmento CEO Brian Selzer remains positive about its growth, suggesting the clunkiness of the 'check-in' model will soon be consigned to history when technology allows user to opt-in automatically.

We tackled Selzer for his take on the current state of play, and why he's pleased to see Sony's PS Vita has caught the location-based bug.

Pocket Gamer: Why do you think location-based games have the potential to be a significant part of the industry?

Brian Selzer: Location-based gaming is about making your every day environment and/or your regular activities part of a fun gaming experience.

Mobile gaming allows us to play anywhere at any time and the addition of location-based elements make the gameplay more contextual and relevant to the world around you. The entire gaming experience becomes more personal as it becomes associated with your surroundings: home,

When a player can earn in-game currency for levelling up and also real-world prizes based on their current location and gameplay patterns, games become much more interesting.

What are your views on balancing gameplay between single and multiplayer elements?

Gameplay balance is key and factors such as density of players in any given area can have a dramatic effect on any multiplayer gaming experience. A player should be able to have a single player experience but also understand they are part of a larger multiplayer environment.

We like to approach this as 'mini-games' within the larger meta-game mentality. What you do on a local level as a single player can impact a more global multi-player game world experience.

What are your views on a/synchronous play with respect to multiplayer features?

Asynchronous play allows for a gamer to play whenever, wherever, without being tied to limitations that might come with event-based gaming.

With a synchronous game, players need to show up to the same arena at the same time - much more coordination is needed, like a traditional football game. We like to use a real-time alert systems to keep people coming back into the game frequently - as soon as the game state changes - and the experience can feel like real-time multiplayer game to a large extent.

Overall, we design our games to be played in short spurts throughout the day rather than an extended gameplay session going head-to-head with others.

What are the biggest challenges that need to be solved in location-based games?

Player density is certainly a challenge and one we believe we have overcome to a large extent with NBA: King of the Court.

We are designing our games to be fun at both the local and global level, which requires unique mechanics and design. An example of this is our ladder system: a player needs to be king of a court in their immediate area before they can try to battle for their city or state.

Players can initially have fun at a local level while the game slowly becomes more intense as they compete against others globally to be king of the world.

Location-based games are typically developed in a way that motivates people to be mobile, driving them to certain locations for rewards and prizes - both in-game or real world. Still, a game should not require movement to be fun or it will severely limit the number of players or gameplay opportunities.

Many people think a location-based game mandates mobility but we believe players should be rewarded for movement while also being able to play from their couch if they want to. Getting this balance right is an evolving process.

What do you think gives Ogmento a competitive advantage?

I see three major advantages we have right now.

Firstly, it's still early in location-based gaming and Ogmento is focused on the challenges and opportunities that come with this new territory. We have developed a powerful platform that supports many of the elements that make location-based gaming so compelling, which is not an easy task.

Second, we are an Augmented Reality (AR) gaming company as well, which allows us to go much further in location-based gameplay than other companies. We are building games where the alien space ship on your map view can then been seen landing on an actual street corner when viewed through a live video feed.

Finally, we're working with major brands and franchises such as Paranormal Activity and the NBA, which allow us to introduce location-based gaming to a wider audience.

Aside from your own titles, are there any other location-based games you enjoy playing?
Turf Wars was an early entrant into the location-based games space which introduced some very smart mechanics.
Dokobots is an engaging and quirky location-based game that encourages creativity and has a very nice design sensibility.
Shadow Cities is very innovative in the way it treats the map view within the game.

Do you think the inclusion of GPS and mobile-like social features in the PS Vita will help the market's growth?

It's great to see Sony showcasing the location-based and AR capabilities of its new device. Mobile hardware is evolving rapidly and the Vita represents state-of-the-art technology and design in many ways.

We will start to see more games taking advantage of the cameras and sensors in the device, which will open gamers up to all types of new gaming experiences.

Clearly, Sony is putting major emphasis on these features and that will only help grow the entire mobile gaming market.

When's the last time you checked-in with Foursquare?

After checking, I see: San Francisco Airport, three weeks ago.

What's interesting to me about Foursquare check-ins is that they started off as a loyalty programs for retailers rewarding for visits and have evolved into more of a recommendation or discovery engine.

When it comes to LBS apps, I tend to use Facebook check-ins the most lately, which are more like location-based journal entries to share with friends and family. I'm curious to see how Facebook integrates the Gowalla team, which it recently acquired.

Where should check-in tools go next?

The notion of 'checking-in' will disappear. The idea that we must take 'action' to gamify our daily lives for fun and rewards will become a thing of the past.

Things will become much more seamless and natural when it comes to location-based services. We will set our preferences, and then just forget about it.

We will be proactive when we want - sharing location-centric content - and reactive - responding to alerts based on location proximities, etc.

Next-gen mobile devices will support technology like Near Field Communication, allowing devices to speak to each other automatically. Data exchange becomes relevant to location and proximity.

For location-based game developers, NFC will bring even more opportunities.

What's next for Ogmento?

We want to turn a standard GPS map view into an entertaining gameplay experience.

Imagine if you could turn a map of your neighborhood into a tower defence experience. We plan to make computer-vision an integral part of the game, as we believe AR is a natural extension for LBS gameplay.

Why just imagine the world is the game board, when you can see it as one too?
Thanks to Brian for his time.

You can find out more about Ogmento on the firm's website.