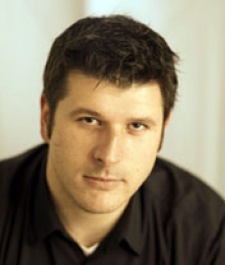 January 17th, 2012 - 04:50am
By Jon Jordan, Contributing Editor
Given that MindJolt's executives consist of the co-founders who helped grow MySpace into an $580 million acquisition by News Corporation, it's fair to say they've had a good view of social boom and bust.

"It's funny because at MySpace, we were working with content creators like Playdom and Zynga," comments COO Colin Digiaro.

Together with MindJolt CEO Chris DeWolfe and CTO Aber Whitcomb, he left the company in early 2009 before the decline that even Rupert Murdoch now describes as "screwing up in every way possible".

"We got an early view in terms of how games make money and now people interact in social games," he adds.

It was that experience which influenced the group's next move: raising VC money to take over an existing company to build into the next social and gaming play.

"We liked MindJolt because it had a platform and a good distribution scale on the web," Digiaro says. "Acquiring a going concern reduced our risk."

Since then, the team has built out its plan, combining the free Flash gaming portal with new content and distribution opportunities.

It bought mobile social pioneer SGN, which raised $18 million but eventually ran out of steam and cash, and online gaming portal Hallpass Media in April 2011.

The result is an entity, which boasts over 35 million monthly active users, 45 million mobile downloads and more than 80 million installs on social platforms such as Facebook.

"We don't want to rely on a single platform," Digiaro explains of the company's combined social and mobile philosophy.

"We see the line between the two is blurring very quickly. As they come together, we'll have a seamless connection."

Part of this is emerging technology such as HTML5, although MindJolt is still "experimenting with it".

"It feels like a standard that's working out its definition," Digiaro says.

"There are issues with sound, animation and user experience, but it's getting there quickly. Plus we're also looking at Unity's Flash player."

On the mobile side, the SGN deal has provided MindJolt with access to iOS content such as hardcore air combat sim Skies of Glory, which has been relaunched, as well as the casual games such as the Dress Up! series.

It's been active on Android too, although Digiaro surprisingly perhaps, points to Amazon as being the strong growth area on the platform.

"It's helping to solve some of the issues we see with Google Checkout and other Android payment methods," he says.

"It's fairly nascent in terms of revenue, but we're starting to see traction with Kindle Fire, and we also like that Amazon is in the trenches with developers."

All about the game

In this manner, MindJolt is looking to play to its strengths in 2012, focusing on its distribution scale, plus the in-house production talent it has at studios in San Francisco and Buenos Aires, Argentina.

One recent release from the latter has been Fluff Friends Rescue, a freemium iOS title launched in conjunction with the Humane Society of the United States that's currently in the US free iPhone games top 10.

The company's word play title Bird's the Word has done well on Amazon, while the hardcore audience hasn't been ignored with a Night of the Living Dead-themed tower defence game released on Android.

Indeed, this highlights another area of MindJolt's business that Digairo is keen to discuss.

"There's so much interesting content out there, and we have the experience to work with developers to bring their games to our audience," he says.

For Night of the Living Dead, MindJolt collaborated with German studio ArtOfBytes, with its Grave Defense title providing the basis for the new game.

"It can be pretty taxing for a small developer to know where to place their bets," Digairo ends.

"Instead of going to a high volume publisher like a Chillingo, we provide more a hand-holding experience. I think we can add a lot of value."