Monkey see but mobile consumer do 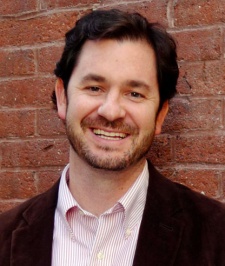 January 23rd, 2012 - 08:27am
By Jon Jordan, Contributing Editor
The argument at the heart of the mobile ad industry's bullish projections is that any mobile 'impression' is worth more than the equivalent impression, whether it be served on web, TV or traditional methods.

The reasoning goes that mobile is more personal technology so ad networks know a lot more about their audience, hence they can target much better and so charge more.

The first mobile advertising boom saw Google and Apple snapping up the big, standard ad networks, but the next is already much more interesting.

Millennial Media has just filed pre-IPO papers, while companies such as Tapjoy, Flurry and Fiksu are disrupting the industry with a mix of brand advertising, user acquisition, content distribution and hardcore analysis.

Combined with specialists such as AdColony (video), Kiip (real world rewards), cross promotions (Applifer, Chartboost), user acquisition (Playerize), ad mediation (Smaato, AdWhirl) and not to mention ultra efficiency scale players like Nexage, and you have an incredibly flexible and innovative ecosystem bubbling away.

One company which well characterises this fluidity is appssavvy.

Raising $7.1 million at the tail end of 2011 to bring its total to-date to $10.2 million, the New York-based start up is looking to change the mobile ad industry, ignoring 'impressions' in order to monetise on the widest canvas of all - activity.

Ranging from sharing a photo, to connecting to an app via Facebook, checking-in, asking a question, or completing a poll, its adtivity platform is built on the back on the company's previous expertise advertising social games, combined with its new push into mobile.

"Adtivity transforms advertising from an 'around the experience' format to one that's part of it and, most importantly, one that people don't ignore," says Michael Burke, appssavvy's president, explaining why the company dropped its original ad banner business in 2011 to invest in building adtivity.

"On mobile, you don't really have pages to sell into anyhow, so activity is a much better mechanism," he adds.

More equal than others

The web side of adtivity launched in June, with the mobile part launching in November, and it's already growing fast.

Still, as a fairly nascent business, there are plenty of aspects to learn about how to optimise activity-based advertising.

"At the moment, all activity is priced as being equal, but we're starting to see which are more valuable, and over time a pricing structure will develop," Burke reveals.

Similarly, the company is building up best practises to be able to advise content companies as the best actions to include in their games and apps. Of course, analytics and reporting tools are a major focus so companies have the hard figures required to formalise decision-making.

Burke says that as appssavvy builds out its sales team and looks to scale up internationally, starting in the UK, it will provide automated tools to streamline such operations. Then the challenge will be about going big as quickly as possible.

"Mobile is a huge opportunity," he says. "Usage is growing incredibly fast and all the ad companies are trying to do something new.

You can find out more about appssavvy and adtivity via its website.