Armor Games' Daniel McNeely on the move from Flash to mobile, and the similarities between Crush the Castle and Angry Birds

Finnish favourite 'skirts around the question' 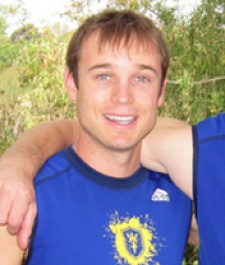 February 2nd, 2012 - 08:17am
By Keith Andrew
It seems particularly apt when the web is flush with stories of alleged plagiarism by Zynga took look back to what many consider another classic case of 'inspiration' - Angry Birds.

For many, Rovio's monster hit will have been the first physics-based game they ever encountered, though at launch, it's similarity to Armor Games' Crush the Castle was undeniable.

Only natural that PG.biz should look to Armor Games owner Daniel McNeely (pictured right) for comment, then, though the firm's position on porting its growing Flash library across to iOS is also a point of interest.

We caught up with McNeely and Kingdom Rush developer Ironhide Game Studio's co-founder Alvaro Azofra for their take on everything from the rise of HTML5 to the supposed fall of the premium model.

Pocket Gamer: Armor Games has a huge library of Flash titles on your web portals. How do you pick the games to bring to iOS?

Daniel McNeely: There are several criteria we look at when deciding to bring games to iOS. The biggest two things are popularity and whether or not the game will translate well to a touch screen.

Our users expect a lot when they see the Armor Games logo on a title and we want to make sure we don't let them down.

Is the porting process easy?

Alvaro Azofra: Porting a game from flash to a native app on iOS touch devices can be hard work, specially if you didn't plan for touch interface.

Gladly we made Kingdom Rush in a way that would easily adapt to a touch interface but still it required us to re-code the whole game in the new language, adjust all the art and stages to the new dimensions and deal with the limitations of the platform.

DM: It depends on the game.

Some ports have been done within a few weeks, while others have taken several months.

The amount of artwork in a game heavily influences development, especially since we want to support retina displays and the possibility of releasing an HD or universal app that's compatible with the iPad.

Where does Armor Games stand on the freemium versus premium debate?

DM: We have a few freemium titles in development, so look for those later this year.

We are big proponents of quality games and are open to supporting both avenues of monetisation. To us, the end user experience always drives the monetisation method we choose.

Have you considered dropping in-app purchases into your paid releases?

DM: Absolutely. I would never want to use IAPs as a bait and switch, but I'm fine using them to allow certain upgrades or ease the challenge in the event a user is having trouble passing a level. 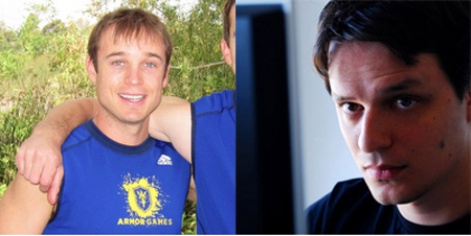 What's your take on the similarity between Angry Birds and Crush the Castle?

DM: They say imitation is the sincerest form of flattery.

I've bought Angry Birds and think it's an excellent gameplay experience. We modelled Crush the Castle after a game called Castle Clout, so our game isn't truly original either.

We got permission from the developer behind Castle Clout before releasing the game, though, and we gave him credit and some monetisation before we even started on the project.

Not that I'd ever expect anything from Rovio, but when you build your game on someone else's physics engine  Box2D - and don't even credit them in the game, that doesn't sit well with me. I think you should give credit where credit is due.

I know Rovio's been asked directly what the inspiration for Angry Birds was and those at the firm always skirt around the question and never give a direct answer.

Regardless if they did or didn't get inspiration from Crush the Castle, I wish them the best and I hope they continue to entertain millions around the world and can find ways to use some of their profit to make the world a better place.

What do you think about Adobe's decision to shift to HTML5 development?DM: I'm glad to see Adobe support HTML5 and it won't effect us at all. We plan on supporting it in the near future as well.

There's why we are Armor Games and not Armor Flash Games: we will gladly adapt and support any platform that we can create great games on.

Any plans to support other mobile platforms, such as Android or Windows Phone?

DM: We've done a few licensing deals on Android but haven't done any direct development due to fragmentation and piracy.

As of now we don't have any plans to support Windows Phones but that may change in the future based on market share.
Thanks to Daniel and Alvaro for their time.You can visit Armor Games' website by clicking here, or Ironhide Game Studio's by clicking here.