Kicks off in San Francisco next week 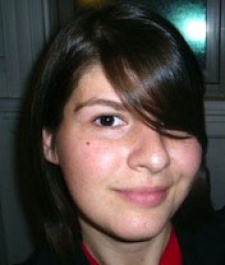 February 3rd, 2012 - 04:21pm
By Damon Brown
Mobile games and Facebook games have grown up independently, but the line between the two is thinner than ever.

Consider the third annual Inside Social Apps conference, happening next week in San Francisco. Initially focused on web-based games, the event now features as much mobile as online entertainment.

We chatted with AJ Glasser, managing editor of conference host Inside Network, about why new creators and legacy developers should watch this space.

Pocket Gamer: How is Inside Social Apps changing?

AJ Glasser: Our mobile focus is much higher compared to last year.

When I joined Inside Network a year ago, our first agenda was how we could get more mobile into Inside Social Apps. Thats why we expanded it from one day to two days.

We made a conscious choice not to put mobile into its own track since most folks today want to do both social and mobile.

Social apps are still important too, though?

Sure. There are a lot of new players, as well as veterans from other spaces, now working in this area.

But some companies are struggling. Even those who seemed to hit their stride early are having to deal with a very competitive global market. It's not just having a hit, but having a franchise, a dynasty, if you will.

With Inside Social Apps, we provide a history - a context - for the big picture. The market is ripe for sharing, but there isnt a forum. We want something almost on the order of GDC.

We also want to reach out internationally.

We have folks coming from China and Europe, and it's all the same market, but from a different perspective. Why are things handled that way in, say, Berlin or Beijing? It is a chance for people to meet each other.

Do you see any themes for the conference?

There are some issues bubbling under. Real-money gambling is an emerging trend thats on everyone's mind, I think.

My panels on monetisation and game design will address the issues of cloning and marketing conditions. There is a lot more interest in making a good product these days.

There will also be discussions on different ways to buy ads and users on Facebook. It's very expensive and, as far as results, they can be hard to track.

We were also able to set up a fireside chat with the people from Google+. This will be one of the first times they'll be talking publicly about their gaming plans.

We've heard a lot of talk about how Google+ is doing, but now we will see what it looks like on the other side of the desk.

Why do you think mobile developers should be thinking about Facebook?

Facebook is an opportunity for developers to get closer to the audience. Users are usually hooked up with Facebook, so if your game was on Facebook and mobile, you could be with your audience everywhere.

Another argument for it is that you can do more on Facebook than on mobile.

To some degree that because there are better social features on Facebook and Google+ then, say Game Center.

Also, I think the risks are lower, and if you get a hit, Facebook has great conversion rates, which is why people keep making games for it.

What trends are you seeing in terms of the audience?

My only observations are it's becoming more mobile and we are getting more Japanese developers.

Considering the success of Japanese mobile platforms such as GREE and DeNA, that's pretty exciting. We look forward to hearing from them at the conference.

And for people not making it to San Francisco, are there plans to expand to other cities or to rotate the location?

Nothing to announce yet, but its obviously very interesting to us.

Thanks to AJ for her time.

You can get more details about Inside Social Apps via its website.