Let users decide how they should be rewarded 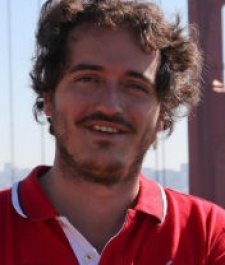 February 8th, 2012 - 11:35am
By Matt Sakuraoka-Gilman
Devising new strategies for ensuring users remain engaged in play can, from the outside looking in, seem like throwing ideas against a wall and seeing what sticks.

Italian outfit Beintoo, however, believes its social gaming community  which looks to incentivise and engage players by using its virtual currency Bedollars as a catalyst  offers the answer.

Users should have a hand in how they're rewarded, asserts Beintoo CEO Antonio Tormarcho, especially since they decide which games succeed and which fall by the wayside.

We caught up with Tormarcho to ask how Beintoo is different from standard incentivisation networks, and where the firm plans to go next.

Pocket Gamer: Can you provide some background about Beintoo as a company?

Antonio Tomarchio: Beintoo was founded in January 2011 by a team of veterans in the digital advertising space.

My co-founder Filippo Privitera is the CTO and there are other three co-founders who have worked here for 5 years. It's a solid and experienced team that was involved in a previous startup, successfully sold to a publishing group in Europe.

Beintoo has today 15 staff, 12 in our headquarters in Milan and 3 focused on bizdev in our office in the Silicon Valley. We are funded and our main focus is USA and China.

The idea is simple: developers implement an SDK and they can choose several game mechanics. Users can get credits for the achievements and the activities carried out in the app.

The game mechanics allow the developer to multiply the number of events that can engage the user and provide credits. Users can get than rewards when they reach achievements decided by the developer and the reward depends on their credits, too.

They share all the activities and the rewards on Beintoo.com, generating an interesting community environment to discover games and offers.

We are about to launch a new feature next week with selected partners: developers will be able to open a 'marketplace' section in their apps and allow users to choose their offers where the discount will depend on the number of credits.

How does that work?

Users will convert the achievements in the app into real world discounts, exclusive and personalised according to their 'credits richness'.

The number of credits provided for each action in our partner apps depends on a true monetary policy that maintains an equilibrium between distributed credits and burned credits. Every single credit, called Bedollar, has a 1:1 exchange value with the US dollar - it is equivalent to a dollar of real world discount.

If the developer has its own virtual currency, it can set an exchange rate with the Bedollar and itt will show the offers in that currency.

How is this better than your competitors' offerings?

We believe that the platform is really innovative because what we are doing is allowing users to extract an economic value from their achievements and engagement.

Users will spend virtual currency - Bedollars or in-app currency - to get discounts that interest them and not vice versa like in other incentivisation models. We are creating a bridge between mobile internet and real economy.

Users today spend a lot of time in apps and they decide the success of an app - we leverage value from that for them, and they get back something based on their skills and loyalty.

The potential of this model is huge: brands and retailers can create promotions on the base of Bedollars, and this means 'gamifying' the purchase experience. We are building a true cross apps 'gamified' economy layer: the G-economy.

Can you explain how users get Bedollars and how they convert outside of Beintoo?

They can get Bedollars in many ways. For example, if they submit scores, when they are in the top part of a leaderboard or when they win duels with other users.

They can also attain Bedollars when they unlock achievements in the app, if they invite friends and bring them on board, or if they share content of the app in their social graph and get followers.

The value of these actions will depend on our monetary algorithm, meaning that each action has a true 'market' value.

What do developers have to do to get their games included in Beintoo?

Very straightforward - they can choose from different SDKs: a full SDK where they have the social game features, the Bedollars with potential virtual currency exchange, reward and the marketplace.

There is also a lighter SDK just focused on just the marketplace, Bedollars and rewards. Both the SDKs are fully open source - developers can change text and graphics to fully customise them. Finally there is a third SDK, entirely based on web view to have a smaller size.

Developers choose one of the SDKs and the integration is simple and fully documented - it usually requires no more than two days and one day of testing.

Can you give us any details about Halfbrick's involvement with Beintoo? How successful has Fruit Ninja been on the platform?

It's working extremely well, with clickthrough rates on the offers higher than 5 percent and conversion rates higher than 12 percent. We are now working to expand the coverage of advertisers in Asia where Fruit Ninja is very strong.

What sort of reaction have you had from companies who want to advertise and/or have their products linked into the discount system?

Advertisers are extremely interested in the product because it is clear to them that Beintoo offers a scalable way to place their product inside a game experience.

They do not have to develop an app themselves - they exploit existing successful game experiences.

Media agencies are struggling for new effective ways to reach customers, the massive audience generated by smartphones and tablets, and we are answer that need.

We are getting lot of campaigns from media agencies in Europe and in USA and we will further expand with the creation of an International Advertising Bizdev Team by Q2.

Have you noticed any differences between Android, iOS and web Beintoo users?

Conversion levels are similar across platforms.

What are your goals for Beintoo in 2012?

Very ambitious goals. We first aim at improving bizdev operations in China, and our goal is to reach 150 millions unique users worldwide and 5 millions registered users on Beintoo.com.
Thanks to Antonio for his time.

You can find out more about the Beintoo platform on its website.