As Greedy Bankers gets a freemium version, Alistair Aitcheson says it's an experiment in boosting a small studio's audience

Breaking down the barrier to entry 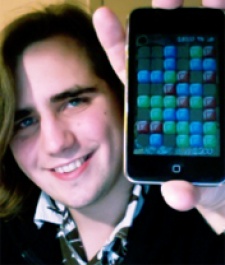 February 10th, 2012 - 03:34pm
By Keith Andrew
Speak to developers about the virtues of going freemium, and many will talk about reaching out to consumers reluctant at paying up front for games they might not like.

Monetising those users after they've made the initial download, however, is far more tricky, though.

What's more - and,as was suggested during one of the panel debates at MGF 2012 - it's incredibly difficult to know why some games are easily able to open user's wallets, while others are barren.
Greedy Bankers creator Alistair Aitcheson admits his decision to relaunch the iPhone version of the game as a freemium release is something of an experiment, but for small studios looking to garner attention increasingly being sapped up by the big boys, it's a potentially profitable option.

We caught up with Aitcheson to ask whether Greedy Bankers: Bailout! will set a precedent for all his future releases.

Pocket Gamer: Why have you decided to switch Greedy Bankers from paid to freemium?

Alistair Aitcheson: From my experience with the Greedy Bankers games, getting new players on board has been very difficult. Despite some fantastic critical reviews, spreading the word about the games has been a huge challenge, and without an audience it's hard to make a return.

Requiring payment up-front for a game has become an obvious barrier to generating a userbase - especially with the App Store becoming increasingly competitive.

From the customer's perspective, they don't want to spend money on a game just to see if it's their cup of tea, whether that's 69p or even just a penny.

Whether or not this is as much of a problem for established brands, I don't know. But for young studios with new IP, customers don't feel any familiarity with the game, and have very little guarantee of what to expect. Offering a complete and enjoyable game for free increases the chance that they'll play it and discover just how much fun it is.

As a result, I really wanted to change my approach to pricing. Greedy Bankers: Bailout! is going to be completely free - the arcade mode that currently forms the full game will be offered free of charge, with some added features and improvements.

In-app purchases will unlock bonus modes, aimed at people who enjoy the game and want to explore some new ways to play.

Do you plan to launch paid apps in the future, or are you abandoning the model?

At the moment, I think it unlikely I'll continue down the typical paid route, just because of how much I feel it has held back opportunities for Greedy Bankers to spread.

But I am always looking to experiment. Part of the beauty of working as a small indie studio is the freedom to try new strategies quickly and responsively.

There's a lot of strategies I want to try, and various ways I want to develop and promote my future games. I'm also considering using mobile as one part of a wider set of platforms for my next project.

Even if future games have a paid mobile version, there may be a web version that's complete and entirely free. To generate a significant audience of enthusiasts, I've come to believe that giving away something sizeable for free is a necessity.

How do you hope to make money?

Very much an experiment at this stage.
Greedy Bankers isn't a game that naturally lends itself to in-game currencies, social status symbols or level packs. So what I want to offer paying players is new ways to play. Variations on gameplay that demand different skills and understanding of the game mechanics.

My hope is that players will enjoy the challenges of the game and happily pay to explore the new twists and variations.

But if not, I hope they'll enjoy it enough to recommend it to their friends, and help grow the userbase. Because it is a fully-fledged and entertaining game in its own right, it should be very easy to recommend.

The purchased content, as gameplay variations, is very particular to the game itself, so it's hard to gauge how well the IAP will be adopted until it's out in the marketplace. But it's an exciting experiment to try - at the very least I hope to see a significant increase in the userbase, and that in itself is a big opportunity.

As an aside, what do you make to the recent App Store 'bot farm' news?

I have been contacted with some quite shifty-looking schemes in the past, which I've almost automatically ignored because they looked like scams. As far as I remember, I've not been approached by any bot-farming schemes.

I think Apple's done the right thing in clamping down on what could very easily be a very expensive scam for developers.

After all, how do you know one of these schemes is legitimate? And if there was a legitimate and trustworthy bot scheme, surely the richest would end up using them, and we'd end up with expensive bidding wars over chart placements.

I don't think small studios like my own would be able to compete in the top listings. It ends up as issue of fairness.

It's a dog-eat-dog world in any industry, the app market being no exception, so I don't think you can say whether the companies involved were right or wrong. Regardless, it's better for the fairness of the marketplace to see these schemes clamped down on.
Thanks to Alistair for his time.

You can find out more about Greedy Bankers on Alistair's website.