Sitting on a geyser of activity 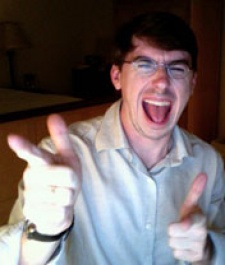 February 13th, 2012 - 01:45pm
By Jon Jordan, Contributing Editor
Well known over the years for providing multiplayer and online services to some of the most popular PC and console games - Battlefield, Grand Theft Auto IV - GameSpy's current target is indie and mobile developers.

This has involved a big shift in business model and rethinking developer support, not to mention deep integration with standard mobile tools such as Unity.

In the first part of a two header interview, we caught up with GameSpy Technology's veep and general manager Todd Northcutt to find out how and why the company is focused on powering the next generation of online gaming.

Pocket Gamer: Your big push at the moment is your Open program, so tell us how that's progressing?

Todd Northcutt: The Open initiative - which aims to make all of our online service more accessible to independent developers on every platform - continues to grow and attract developers and games at a rate that exceeds our expectations.

Over 2,000 developers have signed up since we launched at GDC 2011. And we're about to cross another major milestone: over 500 independent games are in development using our technology.

Mobile examples include Emotional Robots' Warm Gun, which is a multiplayer iOS shooter set in a dystopian version of the wild west, and Glu Mobile's blockbuster action shooter Gun Bros. which just added several of our services.

We're continuing to evolve our offering as part of the Open initiative as well. We've made all of our services available to Android developers, and have been working diligently to make everything highly compatible with the Unity engine, too.

2012 will see us continuing to support independent and mobile developers - who we believe are the future of the games industry - even further, through continued accessibility on all fronts: pricing, self-service access to all of our services, and products that meet those developers' needs.

You've also been working closely with Unity, so how are such integrations driving usage?

At GDC Online, we rolled out support for our services for Unity PC games and Android support followed quickly after that. We're happy to let everyone know that extensive support for Unity games on iOS is coming quickly (read: in the first few months of 2012) as well.

We recently launched a new product line - FieldKit - specifically for Unity developers which is seamlessly integrated into the IDE .

The FieldKit line offers developers individual components of our broad suite of services, enabling them to pick and choose which piece they want to use.

Each component is available for purchase via the Unity Asset Store, is integrated directly into the IDE for ultra-fast addition to games, and is priced to suit the budgets of independent developers (so, comparable to other products available in the Asset Store).

The first offering in that line is ReadyMatch ($100), which provides instant multiplayer matchmaking (akin to the automatch feature you see in many games). The developer literally just drags-and-drops to add a Play Now button to the game and our tech finds an open match for the player and then joins them to it.

So, we're doing our very best to give Unity developers a lot of support, no matter what platform they choose.

As far as usage goes, having a prominent publisher such as Glu Mobile sign on to use our services in titles like Gun Bros. right off the bat is a good leading indicator of where those efforts will take us. Unity is gaining prominence with both indie developers and major developers alike, and we're very encouraged by initial uptake that we've got appealing services to offer to both branches of the developer space.

We suspect, given our early results and the wild (and growing) popularity of the engine, that we're sitting on a geyser.

As more and more independent and mobile developers begin to work more and more with online features, the hunger for dependable, scalable, accessible services to power those features will become voracious.

In terms of your free to use/usage business model, how's that working in terms of GameSpy's revenues?

We will be rolling out the usage-based business model early this year; you'll have to follow up with us after it launches to find out how it's doing for us.

Broadly, offering our services for free or at a lower upfront licensing price point to independent developers didn't impact our revenues substantially. It did, however, strongly impact the number of developers with whom we work, and the number of games that we support. It also helped open up the iOS and Android spaces to our services.

We were pretty clear-eyed about the potential of the developers to generate lots of revenue in the short term, and we set our expectations appropriately. Revising our business model to accommodate these developers was really more about making a long-term bet about the future of the industry.

What do you think are your key features over competing multiplayer products?

No one can rival the depth and breadth of our platform support right now. Not only do we provide developers with multiplayer on every platform - desktop, mobile, console - but we enable them to set up cross-platform play as well.

For developers looking to aggregate or grow a player base over time (rather than fragmenting or isolating one platform's community), this is a really powerful proposition.

We also provide the backend for our matchmaking services. Many others provide code only, no hosting. You need to stand up your own master server at a data center, which incurs additional costs on multiple fronts. We take care of that for you as part of our standard services.

And we bring substantial experience and scalability to the table. We've provided multiplayer and other online services to developers for over a decade now. And we've handled the big boys: Mario Kart, Battlefield Grand Theft Auto IV etc.

If your game suddenly meets with sudden success, we have a precedent for supporting that without breaking a sweat.

On top of that, you get a really feature-rich multiplayer service that can accommodate pretty much every game type or design that a developer might want to throw at it: automatch, server browsing, lobby-based matchmaking, dedicated server or peer-to-peer client / host models and highly successful NAT negotiation to ensure connections behind all manner of network configurations, even on mobile networks.

Thanks to Todd for his time.

You can find out more about GameSpy's services here.

GameSpy to bring its online services to iPhone