Mobage and GREE 'not even in our ball park', claims Heyzap co-founder Jude Gomila

Looking at competitors a 'waste of time' 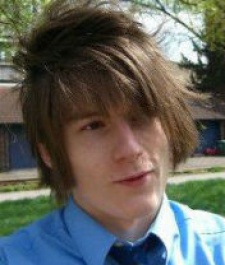 February 15th, 2012 - 01:09pm
By Matt Sakuraoka-Gilman
The one thing any mobile social platform needs to take on the competition is support.

Heyzap hasn't been backwards in coming forwards on that score: in January, the firm added 12 new clients to its 800 strong roster of developers, including the likes of Spacetime Studios, PocketGems and Digital Chocolate.

Co-founder Jude Gomila is adament, however, that Heyzap isn't focusing on the activities of its rivals. Indeed, firms that focus on the competition, he alleges, end up mimicking them.

We caught up with Gomila to find out what the state of play in the social platform market is now, and how Heyzap is looking to ensure it offers an alternative approach to its rivals.

Pocket Gamer: How did you go about starting up Heyzap?

Jude Gomila: I travelled from London to San Francisco to team up with my friend and co-founder Immad Akhund with the aim of starting up a legendary company.

On a sunny Mountain View afternoon, we pitched Paul Graham while sitting on the curb outside the Y Combinator building. He agreed to fund us on that day.

From the second we were funded, we worked near 100 hour weeks to build the company, sometimes not leaving the house for 2 weeks at a time. We completed Y Combinator in March 2009 to get funded by Union Square Ventures.

Do you notice any particular differences in download rates between iOS and Android? Do you approach these formats differently?Yes, we find that users tend to download more games on iOS. This may be because of the internal storage on Android handsets is lower than iOS.

This difference will probably go away in the future and the install rate will re-balance between to the two platforms.What has drawn the 800 plus developers to integrate Heyzap into their apps?Heyzap is useful for mobile developers because, in regards to user acquisition, those that integrate our SDK get more users checking in to their game.

This check in is pushed out to the Heyzap app and the friends of the user can see the check in. If the user doesn't have the game they can then download it from Heyzap.

Essentially, this is a basic viral loop for the game developer. Mobile as a platform currently has a distinct lack of viral loops - Heyzap is delivering a viral loop to developers that takes around 10 mins to integrate.

User retention is also key. Heyzap builds a community around each game inside our app.

Users can leave questions, tips and their in game username around the game object inside Heyzap. If the game developer integrates the SDK, this accelerates the amount of data that we can build around the game.

From the user side, Heyzap is making single player games more social and for social games the platform enables more people to connect to each other.

It's a win-win for all parties. Having a better community around a game allows the developer to increase their retention.What factors make Heyzap stand out from other app discovery platforms?Heyzap is user-centric. Our main aim is to make the best experience for users.

From the developer perspective, this should also drive the best results for them. We focus on usability and utility when it comes to the user's gaming experience.What factors go towards making a game successful within a community like Heyzap?Quality - the best quality games always have the best longevity. Also, the more social the game is, the more likely people are going to talk about it inside Heyzap.

High monthly active or daily active user ratios are also important. If the game is being used every day, the enhancing effects of Heyzap have greater potential.Do you have any publicly available figures in terms of your user base?We are close to 4 million installs of the application at this point. Most of the userbase in the USA. So, roughly one in 100 Americans have downloaded the app.

We have not gone multi-language yet, but we are planning that in the future.How do you plan to compete against the likes of Mobage and GREE?By not thinking about the competition. This may sound bold, but I believe in focusing 100 percent on Heyzap's product, internal team and processes.

Any time spent looking at the competition's features is a waste of time to me. I want to build original products and I believe the competition is not even in my ball park.

Taking short cuts by taking a competitor's feature would mean that we are emulating rather than innovating. If the feature or direction is the right one, we have to learn how to get there on our own feet.What's your business model in terms of generating revenue?Developers can also acquire users using our CPI channel. It's non incentivised and high intent. We try to make sure the right games are shown to the right users.

What do you think are the biggest challenges in terms of creating a mobile social gaming community?Breaking critical mass is always the challenge when building a community. I believe we are getting there, and I invite everyone to join the network.

Delivering the utility to the users is the second biggest challenge.
Thanks to Jude for his time.