PopCap's Andrew Stein on why iPad 3 has developers running scared 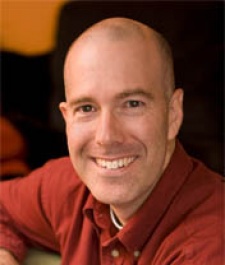 March 1st, 2012 - 09:09am
By Keith Andrew
PopCap isn't known for pushing out games designed to stretch GPUs, but even global mobile business developer director Andrew Stein has to admit that the prospect of developing for iPad 3 is "scary".

Like many of the studios we've spoken too, Stein's concern is, upgrades delivered in iPad 3 could make the tablet an increasingly difficult space for developers already operating within their means to cope with.

We caught up with Andrew for his take on the opportunities  and, indeed, risks  iPad 3 will present developers those working on the platform come 7 March.

Andrew Stein: The rumour mill seems to be pretty consistent that a new iPad 3 will have a retina-display screen.

That sounds awesome from a user experience but a bit scary from a developer perspective as the art impact is quite substantial.

App sizes are going to get even bigger than they are now and iPad 3 will need bumps in processor speed and lots more memory to ensure that the real-world performance of an iPad 3 app is comparable to the same 'non-retina' game on an iPad 2.

And we definitely want Apple to maintain backward compatibility to that the amazing library of iPad and iPhone content will continue to run on an iPad 3.

Seamless integration with a new generation Apple TV box so that its easy for customers to ditch their console and use a new iPad as both a standalone tablet and a console game system.

AirPlay on iOS 5 started to bring this, but Apple could really put the hurt on Sony, Microsoft and Nintendo by pushing iPad into the living room.

I dont think the name of the chip indicates anything about the performance.

PopCap has always designed games around creating the best user experience for our brand of casual games so we dont tend to push the technological envelope anyway  as long as the rumoured iPad 3 can deliver a game experience thats at least comparable to iPad 2, we'll be happy.

Apple continues to set the standard with tablets, but we think the space is about to get incredibly competitive.

Amazon has done some great things with the Kindle Fire on the 7-inch front - as has Barnes & Noble with its NOOK Color and Tablet - and really accelerated the growth of the smaller, less expensive end of the tablet market.

Android 10-inch tablets have had a harder time competing with iPad, but there are some really slick things coming with Ice Cream Sandwich and Google has started to do a lot of things right in building out the Android ecosystem and greatly improving the customer experience.

While it's obviously a little early to pass judgement on upcoming Windows 8 tablets, we really like the direction Microsoft is going with the Metro UI and it will definitely be making waves in the tablet space.

As a developer, it's going to be really tough to decide where to invest our development dollars. As a consumer, it's incredibly exciting to see whats coming. At the end of the year, we think Apple probably will still be leading but it wont be by the landslide it is today.

Of course, Apple has not made any announcements about an iPad 3 so Im only commenting on the rumours that weve all be reading for the past few months. But, if those rumors are true, iPad 3 is going to take portable and tablet gaming up another notch.

Itll take a little while for the development community to figure out how to balance taking advantage of the ultra-high resolution screen while still maintaining a reasonable memory footprint and sane file download sizes, but once they do, there should be some amazing advances in game experiences.

I think that tablets are going to start putting enormous pressure on the console market in the next 6-12 months as smartphones are already doing to the handheld game system market.
Thanks to Andrew for his time.