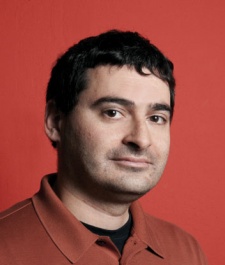 Some companies are legally obliged to reveal their key metrics, such as Zynga, while others - notably Glu Mobile - go beyond this, breaking out almost every detail.

Most, however, are more circumspect.

Storm8 is perhaps the most tight-lipped but the likes of Pocket Gems and TinyCo are hardly more loquacious.

Indeed, only solid available numbers in the space are often the VC rounds the companies have netted. San Francisco-based CrowdStar is top of that particular leaderboard, with $23 million raised in its May 2011 round.

At least, he's happy to discuss the company's move from its original Facebook focus to its current free-to-play push onto iOS and now Android, with games for girls.

"Females are an engaging audience. They're not mean and demanding like boys," he explains.

"It's interesting for us because I think women haven't previously been part of the gaming mass market. They enjoy the products we release and we're happy with the monetisation."

But despite its cash pile, CrowdStar hasn't rushed onto mobile.

It has five games live on Facebook, three on iOS - Social Girl, Top Girl and It Girl - and only one on Android - Top Girl.

"We don't want to put out too many games," Markosian explains.

"It's all about quality for us. We consider ourselves a creative company so we won't sacrifice quality just to get games released.

His wider point is that, unlike Facebook, on which gaming is now effectively owned by Zynga, on mobile, no one has dominance.

"We still have five games live on Facebook and it's still a big part of our business, but on mobile there's no Zynga, and no one has the same deal with Apple as Zynga and Facebook have."

The downside is that distribution and discovery is a big problem for everyone on mobile, and it's one that's only getting worse.

But thanks to the company's deep pockets, Markosian doesn't seem too concerned.

"User acquisition on iOS is as expensive as Facebook, but iOS is better in terms of monetisation," he argues.

To that degree then, the numbers on mobile really do add up.