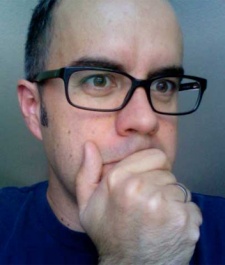 March 15th, 2012 - 08:45am
By Keith Andrew
If want the view of the independent development scene on Apple's new iPad, who better to go to than the man leading self-publishing co-operative Selfpubd?

In contrast to the early apprehension from indies on the pages of PocketGamer.biz in the hours after iPad's unveiling, Andy Rosic believes there's little within Apple's refreshed tablet tech to fear the average independent studio  well nothing new, anyway.

We caught up with Rosic, who recently lifted the lid on Selfpubd's new discovery platform Thumb Arcade, for his view on why the opportunities presented for indies by Apple's new iPad outweigh the hurdles that stand in their way.

Pocket Gamer: Following the unveiling of new hardware, what's your impression of where Apple is taking iPad?

Andy Rosic: I'm actually pleased with what Apple has done with the new iPad.

In my estimation most people don't want a 'tablet', they want an iPad. It's a great size, it works really nicely and there's loads of apps available.

So, adding a true HD screen, accelerating the hardware, 4G network speed and sprucing up the camera - even though that sounds sort of trivial - were very appropriate steps in the product cycle.

What do you think will prove to be the most important new feature?

The most important new feature will be the screen. So many people use their iPad to stream television or movies, or to control or interact with the same. Having that extreme resolution will make it so that your huge, expensive TV feels jealous.

The shift in the iPhone with Retina display was key as well. There's just something about having that crisp, clean view into anything that makes it more enjoyable and more user friendly.

The flip side to this is that developers now have to support yet another screen resolution for graphics. It may even end up dividing certain studios to where they release iPhone/iPod apps and iPad-only apps.

Anything you think Apple was wrong to leave out?

There's always so much room to sit on our arm chairs and criticise. It was the same with the iPhone 4S.

I come from a manufacturing background, so I understand that you amortise production hardware and just cram new parts into place. It doesn't surprise me at all that every new iDevice is not a wholly new shape, size, etc.

I think the developer community appreciates that too. Other brands have so much fragmentation and device difference that it makes it really difficult to support all of your fans and customers on all the generations of hardware. Apple keeps it relatively simple in comparison.

Some people have expressed disappointment more wasn't done in regards to Apple TV  the app platform expected by many failing to materialise. Is Apple granting its TV rivals  Google, Samsung, Sony and LG - too much of a head start in this regard?

TV is super tough. It is an extremely entrenched industry. I'm talking about contracts that are set for 10 years out in some cases. So, it's a tough nut to crack.

The thing I know about Apple is that it rarely moves on something until they can do it bigger and better than anyone else. Look at MP3 players, digital music, textbooks, the iPad, and so on.

My guess is that it didn't behoove the company in the current market to launch something right now. TV is all about content, and Apple kind of biffed it with their Apple TV box. Plus Netflix too is struggling and lumbering along in streaming content.

So, my guess is that Apple is furiously working on the content piece before it launches the new, trick hardware that gets you there.

Is there a chance that the new tech employed in the new iPad will leave indies behind?

Independent developers always face hurdles when new hardware launches. There are so many strategy and availability questions that have to be sorted out. Do you rush to support? Do you wait? Does it even pay? And so on.

With this new iPad, most developers already have hi-res or even vector  scalable - graphics from supporting the 4S retina screens. So, making some quick alterations shouldn't be out of most people's reach.

Finally, Apple appeared to avoid giving the new iPad a dedicated name. What will you be calling it, or what would you have called it in Apple's shoes?

Worst naming decision ever. Seriously, what is Apple going to call the next one? The newer-er iPad? It's almost like nobody wanted to take the heat for misnaming it, so they just didn't.

But come on, it's Apple. It could have made up a nonsensical name and it would have become standard vernacular.

I can't say how that came about, but I can certainly imagine the company's armies of marketing folks who simply groan every day they come into work and have to figure out how to market a product with no name.
Thanks to Andy for his time.

You can find out more about the Selfpubd movement on the organisation's website.