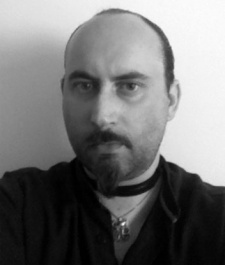 March 15th, 2012 - 12:00pm
By Kristan Reed
With two iOS projects under his belt in the shape of Flaboo! and the acclaimed iPad title Incoboto, Fluttermind's Dene Carter is readying himself for another collaborative endeavour in the shape of Another Place Productions.

Formed with four ex-Lionhead veterans, the plan is to essentially pick up on the threads of ideas that were left behind during their Fable days - but with a leaner, meaner structure, and the kind of creative freedom and control that super studios don't allow.

Speaking during the GDC 2012 event last week in San Francisco, PocketGamer.biz quizzed the development guru about the creative direction of the new company, and his thoughts on the current state of development.

Pocket Gamer: Tell us a little about Another Place Productions.

Pretty much. We love building worlds, so it's going to involve a world. An imaginative world. I don't think you'd consider it to be necessarily what you'd expect from our little bunch.

Will you have a London office or will it be virtual?

Our hope is to have a medium-sized team. When we were at the highest volume of people in Lionhead, it was about 120 people on the Fable franchise, and we have no desire to do that again. I think you can become much more efficient.

Once you get over a certain level, communication comes as much of a challenge as development itself, and you end up having managers to manage the managers.

And meetings about the meetings...

Absolutely, and suddenly you've got a game that takes two years when you think, a year ago, I swear that amount of content would have taken half the time. Production values shoot through the roof.

The plan is now to use a lot of outsourcing. To be very very smart with our choice of game design and feature set.

Have you agreed on the sort of game you want to make already?

Yes, we know exactly what sort of game we want to make, and the problem is we've got people under NDA that we don't want to tell the details to because it's a weird, weird game.

I don't mean weird like Incoboto, but weird as in, okay, that's a really interesting approach to gaming.

Games have become really interesting, and if you look back to the early 90s, most games were basically developer versus player. It was like 'can I beat you into submission?' Hahahaha, I laugh at your pathetic attempts!'

More often than not, yes.

Yes, if you go back to them now, you think 'how the hell did I get past level one?' It's insane. So we've come through that, and obviously with Fable it was never really about trying to kick the player into submission.

It was about making sure they enjoyed the whole experience as entertainment, in the same way as a DVD - we hope you enjoyed the ride. It was never that kind of acrimonious relationship of developer and player.

There was something that lit up, this little bulb in our heads, collectively, when we started examining this stuff, actually there's one level further you can go with this. Not through ease of play, but something which indicates that there's something beyond the usual tropes of gaming, the usual forms that games take...that would be very very interesting to explore and we really feel that the time for it is right now. Right now.

A couple of people we've spoken to, once they get what we're trying to talk about, without giving specific, you see the little light in their eye and they go, 'oh crap!' and at that point we shut up because we don't want to say any more beyond that point.

There are various bits and pieces we've played with in the Fable franchise that are unusual, and we'll be taking those and doing something very very special and unique.

Is this stuff you've talked about in the past that you didn't quite get around to?

Yes, and there are lots of things going on at the moment in terms of size and scales of projects, people's engagement, the periods of engagement.

People very much live fragmented lives these days, and the gaming population is ageing to a great degree, so people like myself are still playing games, and we're not necessarily very time rich, but we still want very deep gaming experiences.

So, there are ways of thinking about that kind of stuff - there are a whole bunch of things that we're just not doing at the moment. Maybe we can cater to that audience, so our hope is to grab two segments.

Let's say people who have played unsophisticated games for the last couple of years who are looking for something more, and people like myself who want something that is deep, well thought out, atmospheric, and interesting, and kind of bring those together and say, actually, we're all gamers. Let's craft something that is for all of you.

We're still interested in core gamers as well, but this is more of a  broad, maybe a different market. Again, when we finally announce I think you'll see what I'm talking about.
Thanks to Dene for his time.

You can find out more about Incoboto and Another Place Productions on the studio's website.