Biodroid on finding gaming success with brands such as Billabong, MegaRamp, Mourinho and Ronaldo

Be the special one

And that's certainly the focus for Biodroid, which has created an interesting business model for itself on mobile, partnering with global extreme sport brands, as well as international names in football, in terms of countrymen such as José Mourinho and Cristiano Ronaldo.

We caught up with production director Tiago Ribeiro and producer Ricardo Flores to find out about how it views the industry.

Pocket Gamer: Can you give us some background about the company?

Biodroid was founded in 2007 in Lisbon and is a multiplatform game developer. We currently have a team of 35 people dedicated to developing games for consoles, mobile, web and social networks.

We have frequently partnered with IP owners in many different areas because we believe that brands can be an asset in our industry if developers can help them to share their extensive knowledge about products and consumers with the teams developing games. 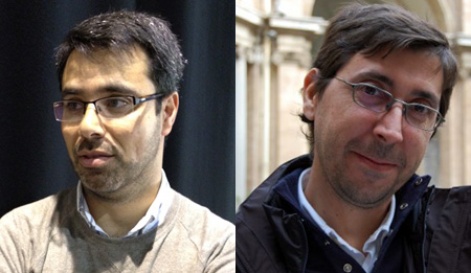 You started out as a console developer, but now it seems you're more focused on mobile. Why?

We started out as a multiplatform developer. When we started, DS and Wii were the most attractive platforms for a small developer like us, so our first titles were targeted to those platforms.

As mobile has become a more attractive platform for developers, our main efforts are now focused on iOS, Android and, recently, PlayBook and Windows Phone.

Many of your games are focused on the extreme/sports genre. Why do you think this is a good area to focus on?

Sports is an important category in games. Action sports is a fast growing genre, especially with young kids.

When we started looking for good ideas to develop for mobile platforms, we felt that we should focus on projects where we believed we had an advantage. Portugal has a strong surfing community and several people at Biodroid are surfers so it made sense to start there. Also, we didn't think there were any good surf titles available on the iPhone.

And football is an obvious choice for us, as we have a genuine passion for the sport and access to some of the greatest players and managers in the world.

You work closely with license holders such as Billabong. How easy it is to make the games you want to make and also keep the licensee happy?

We really enjoy the challenge of making this happen. Working with Billabong has been a great experience. It respected our game expertise from day one, while at the same time helping to keep the game real.

One thing we treasure in working with these fantastic companies is the enormous knowledge about the sport that they bring to the development team. We think that this reflects on the quality of the game and really benefits gamers.

And player reviews which say: "I am a surfer and this is the game I play when I cannot surf" puts a grin on everybody's faces.

One game you have in development - Mourinho Special One - has you playing football with robot players. Why did you decide to take this route?

For us, a game featuring José Mourinho had to be a mind game, totally focused on the role of the coach, not the players nor the management of the club. Additionally, we wanted to give this game a distinctive look that matched its very innovative gameplay.

However, we did start the development with a more traditional approach but everybody in the team felt that we were not really getting it right.

When we shifted to this concept and art, there was an immediate positive response from the whole team and we knew we had nailed it. Right now we are very confident that gamers will like our approach and enjoy playing this game.

What's it been like working with superstars such as Cristiano Ronaldo and Mourinho? How involved do they get in their games?

We feel truly honoured to be working with these great professionals. Cristiano Ronaldo, Mourinho and their technical team have supported these projects throughout the development process, from concept to the last stages in production.

But to give you some examples, Cristiano approved the movements, tricks as well as the clothes and even his hairstyles. Mourinho oversaw the definition of the tactics present in the game as well as the way they are implemented.

Your current big development is MegaRamp, so can you tell us how you got involved with that company and what we should expect from the game?

MegaRamp came to us because of our surfing game, Billabong Surf Trip.

It really liked what we did both in terms of the game and the brand and thought that we would be a great partner. On the first Skype meeting we immediately felt a connection. It also helped that a few of our guys are skaters and loved the idea of doing a game with huge ramps, bikes, skates and awesome moves.

We aim to give players the true feeling of being on a MegaRamp, where you really need to learn the correct timing for jumping and performing the tricks, or you'll risk failing and a nasty fall.

The current BMX and skating champions will be available to unlock in the game and they will teach you new moves as you travel through the MegaRamp world and its events, from the Woodward training ground to New York, Brazil, Switzerland and even The Great Wall of China.

What's your view in terms which mobile platforms it's best to release on?

Right now, we are quite happy to be developing several high-end 3D graphics games and we are always looking at which platforms allow us to make the most of our graphics and gameplay.

iOS is an obvious choice specially with the 4S but there are Android devices with fantastic performance. On the tablets, we think that the BlackBerry PlayBook is a very interesting platform that we are betting will grow considerably in the next few months.

What's it like being a developer based in Lisbon?

Lisbon is an amazing city. The weather is, of course, a major advantage but I think that the creative and lively environment here make it a great place to live and work.

Unfortunately, there are still very few games companies near us (or in Portugal) and sometimes it can be hard for us not to have people nearby to share ideas and projects. This means that we often have to travel and we end up spending a lot of our time in the UK!

What do you think will be the biggest opportunity for Biodroid during 2012?

We believe we have a great line-up for 2012 with the new surfing game, the BMX and skate game, and the tactical football game featuring Mourinho all being launched in 2012.

We are maintaining our commitment to delivering our games on several platforms but the greatest opportunity (and challenge) for us is to be present in the fast growing tablet market and the new PS Vita, which we hope will live up to every true gamer's expectations and dreams.

Thanks to Ricardo and Tiago for their time.

You can find out more about the company via its website.

Biodroid on the need to balance innovation and investment