Offers OpenUDID as a better solution 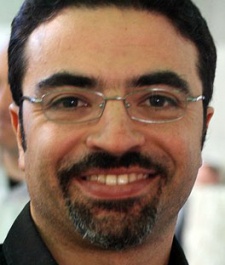 March 28th, 2012 - 03:21pm
By Jon Jordan, Contributing Editor
With Apple finally acting on its long stated goal of deprecating UDIDs as a method of tracking users, this week has seen many of the key players in the mobile advertising and monetisation space rolling out their responses to the situation.

We caught up with Appsfire co-founder Ouriel Ohayon to get his take.

Pocket Gamer: Why do you think Apple has deprecated UDIDs?

Ouriel Ohayon: It's very hard to guess why Apple has taken this decision.

It probably has to do with data privacy and the ability to protect its users from abusive practices in terms of how some players in the industry could leverage this information.

What impact do you think the deprecation of UDIDs will have?

The impact will be felt at least at two levels. The UDID is used by analytics services, which help developers understand and monitor the usage of their app. This is critical in order to improve the execution of an app.

The UDID is also used by the mobile advertising industry, which uses it as a way to track the performance of a campaign and know whether an app has been downloaded.

These companies are going to suffer from the lack of ability to identify the device and will have to either look for or build an alternative.

What plans do you have to work around the issue?

Appsfire anticipated this situation months ago and was one of the first to initiate an alternative solution to the lack of UDID, with the OpenUDID.org project.

This is an open source code that allows developers on iOS, Mac and Android to replace the UDID, and even allows users to opt out of tracking. We have been implementing it ourself for months and are ready today with this situation.

Many companies are looking at the code and currently implementing it.

Do you think there will be an industry-wise solution everyone can agree on?

We certainly hope so. The worst nightmare would be a multiple set of standards which would confuse the industry, the authorities and the users. We wished Apple would take a lead role into this. Maybe it will in the future.

Right now, we see that many players try to build alternatives based on the MAC address, which is the wrong approach because it exposes personal private data, or using proprietary complicated protocols, which will force developers to be tied to a certain system.

Hopefully the market will find its way.

Thanks to Ouriel for his time.