Everything else will feel slow 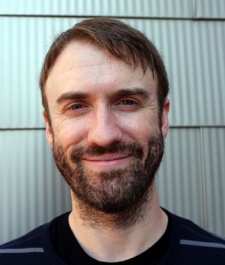 Update: Back in April 2012, we spoke to Gabe Leydon, the CEO of Machine Zone.

Unknown to us at time, the US developer was working on Game of War; a hardcore title that has since become one of the most profitable games in the world, generating annual revenues of over $500 million.

And it's Leydon's focus on longterm player engagement in a hardcore setting - something that's still a point of debate - that shines through.

Recent headlines have suggested the app world is all about overnight success.

Not so. In the $180 million case of OMGPOP, as CEO Dan Porter told us, "It was an overnight - five year - success story".

US mobile developer Machine Zone hasn't (yet) been snapped up in a big money deal.

But given it's been delivering top grossing free-to-play games since 2008, you have to think its valuation is approaching the three digit millions mark.

Still, given it's raised $8 million to add to its first $5.3 million round, renaming itself in the process - it was previously called Addmired - CEO Gabe Leydon's looking to the future; the future of mobile games.

"If you make games for investors, your games are just a box on a route," he states.

In that context, the company's $8 million cash injection is all about making better games.

"Our funding will be used mainly for hiring extremely talented engineers and designers who want to work on new technology for our next generation free-to-play games," he says.

It's mark of how much the industry has changed over the years that back in 2007, Addmired wasn't even a games company.

Indeed, as OMGPOP attempted during its wobbly route to success with Draw Something, Addmired also started out making dating apps on social networks, in its case on MySpace.

"The name was conceived because of the dating apps we were doing during our early days," Leydon confesses.

"When we switched to games in 2008, we didn't change the name but now we've announced funding and doing more press, it was now or never [to change]."

As for the content switch, Leydon reveals, "We only tried iOS games because we were broke."

Perhaps now hard to remember, but while plenty of companies were attempting to make money in the 99c gaming gold rush, Addmired stood out as one of the pioneers of the free-to-play model.

"There was no Game Center, no in-app purchase, no push notifications," Leydon says.

"We had to build our own social network and monetise using paid versions of our games that gave you in-currency. To be honest, it was a shock to see how well it worked."

The advantage of getting so early to the market was the company had to focus on building a community. Indeed, several times during our conversation, Leydon remarks, "We focus very hard on community".

Despite that fact many of the company's games - iMob 2, Original Gangstaz, Global War, Race or Die etc - seem male-oriented, he says it thinks more broadly than genders.

"We're not about male or female. We're community driven," he comments, although he's happy to admit that the type of game Machine Zone develops are "niche".

But within that niche, he says, "Some of our biggest players are female. They take a community role."

Leydon says many developers view free-to-play games as a quick goldmine. He's particularly pointed when talking about Facebook social games companies who are trying to reskin their games for mobile, saying that's looking through the wrong end of the telescope.

"With free-to-play games, you have to realise all players start with the assumption they're not going to pay you," he argues.

"You need a four week relationship before they'll consider spending."

"We build games that will last for a year, five years or longer," Leydon says.

"We take a very long timeframe and that changes the way you design your game. You have to think differently about providing the architecture and systems to make people want to play for years."

One example is that the company has always worked hard on its chat system.

"Compared to any PC game, any game in the world, it's at the top. We have a permanent history, offline messaging, contacts list, you can be in two chat rooms at the same time," says Leydon.

Working on such technology, combined with its relatively small headcount (pre-funding), was the reason Machine Zone didn't release any new games during 2011.

"But our existing games were top grossing," Leydon says.

And then he's back to arguing about the importance of community, especially in a sector where Machine Zone's niche games are now in competition with big, well-funded companies such as Funzio and Glu Mobile.

"Our goal is create fantastic communities with great games build around them. There are people who have got married, had babies through playing our games," he enthuses.

"When you've played for a length of time, it becomes hard to move to another game, You lose all those stories you've created."

Still, even this activity is just a foundation for Leydon's longterm vision.

"I want to redefine what a mobile game is," he says.

"People say mobile games are good for two or three minute sessions, but we can see people are playing our games for hours at a time.

"We're trying to create a new category of gaming, where a game is played 24 hours a day. You can't do that on Xbox or Facebook, but people have their phones with them all the time so you should expect people to play your games more actively.

"And games that are played 24/7 are very different. They are asynchronous and synchronous, and when you get into them, they're moving at an intense speed. Everything else feels slow. You can't play anything else.

"That's what we're planning to do before the end of the year; a new type of game no one has done before."