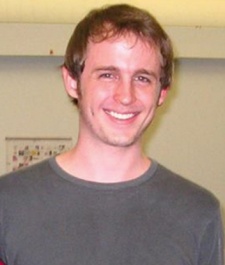 April 11th, 2012 - 11:52am
By Keith Andrew
As stated during our original look at the License My Code project, plans for a marketplace where other developers can upload their releases are underway according to creator Clay Kohut.

The venture allows studios to sell non-exclusive licenses to the code behind their games for a fee, enabling third parties to play around with the titles and release their own edited versions in quick time.

So far only Kohut's own games are taking part  around 10 licenses sold to date, he claims  but he's currently moving forward with his strategy to open up the platform to others.

"10 licenses may not be a totally impressive amount, but it has been my most successful month so far financially," Kohut told us in an email.

"I am actively working on the marketplace functionality now, which will allow other devs to sell non-exclusive licenses to their works, of which the site will take a 10 percent cut."

If all goes to plan, Kohut believes not only will the LicenseMyCode Marketplace deliver an additional revenue stream to the developers that take part, but it will also enable less experienced coders to gain a foothold in the market.

"The LicenseMyCode Marketplace will enable previously-struggling developers to earn a real living with their games while enriching the gamedev community as a whole," added Kohut.

"In an App Store economy where 'free' is the norm and 99 cents is 'expensive', developers that enjoy actually developing instead of marketing can have a tough time getting by without a day job. I plan to fix that."

Kohut claims interest in the model is taking off, too. Indeed, the idea to work on an additional marketplace for the site came about as a result of outside interest.

"Soon after launching, I received several emails from other developers expressing interest in listing their works alongside my own on the site," added Kohut.

"I loved the idea and am now hard at work creating a way for devs to do exactly that.

"I've also had a couple small-to-mid sized studios reach out to ask if I was interested in joining their teams or freelancing for a few of their projects, which was quite flattering."

You can find out more about License My Code on Kohut's website.