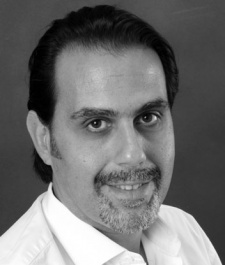 April 11th, 2012 - 01:53pm
By Jon Jordan, Contributing Editor
After initial skirmishes, the battle for a UDID replacement is hotting up.

More organised is the ODIN working group, led by Velti and including MDotM, Smaato, Adfonic and Jumptap, although it also relies on MAC addresses.

Then there are the crack troops - companies who are pushing specific technologies: Appsfire with OpenUDID, Crashlytics with SecureUDID, Opera with App-Tribute, AdTruth with DeviceInsight etc etc.

And everyone in the industry has an opinion.

"I think some companies have been caught napping, which is why many are using MAC addresses. It's the most easily accessible replacement," says Michael Oiknine, CEO of mobile engagement management outfit Apsalar.

However, as isn't disputed, MAC addresses don't solve the privacy issues surrounding UDID. Their only advantage is Apple hasn't yet said it's going to deprecated their use.

"MAC addresses are even more intimate than UDIDs," Oiknine argues, also including the ODIN1 technology - the first release of the working group - within his criticism.

"Like UDIDs, ODIN is tied to hardware and there's no opt-out. ODIN will be killed when UDIDs are killed," he predicts.

The problem is that with many companies using ODIN, it's become a standard Apsalar has to support in order to keep its behavioural re-targeting business operating day-to-day.

"We support it because it's a market reality at the moment, but OpenUDID is our preferred option," Oiknine reveals.

"OpenUDID has the most promise. It's not linked to hardware and it's distributed in nature so anyone can write and read it. No one has control."

We can do better

He thinks the current situation, with various technical solutions searching for supporters, will eventually boil down to two or three standards, hopefully two or one - although the latter would require Apple to give its blessing to one solution or a round of acquisitions.

"The mobile industry need to coalesce around a solution that provides an opt-out for targeting, eliminates Personally Identifiable Information (PII), and gives consumers notice about the use of behavioural data," he says.

"We think advertisers have the power to drive a solution. They have the money. They will call the shots."

And in this context, echoing many of our interviews on the subject, Oiknine says he considers the deprecation of UDID an opportunity.

"It's a great opportunity to come up with a 360 degree, non-PII, anonymous solution for better tracking," he argues. However, unlike more ambitious execs, he doesn't think it's time to try and integrate apps with mobile web traffic.

"That won't happen anytime soon. It's going to take six months to sort out apps," he warns.