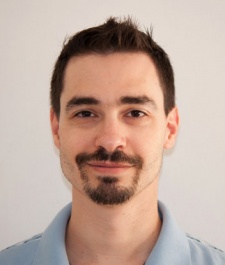 April 19th, 2012 - 07:45am
By Caleb Bridge
Games have long encouraged on user created content. PC mods have been around for years, and more recently Sony tried to popularise the concept with its Play, Create, Share line starting with LittleBigPlanet and then there's Minecraft.

Engineous Games is hoping to capitalise on this concept too, with new release Sketch Nation Studio.

It first experimented with the genre in Sketch Nation Shooter, which enables players to create their own games, and share their creations.

Sketch Nation Studio goes a step further, letting people submit their games to Engineous to be published on the Apple App Store and, hopefully share in the profits too.

We caught up with Nitzan Wilnai, Engineous' CEO and founder, to find out he'd learned from Sketch Nation Shooter, the company's discussions with Apple, and how he hopes Sketch Nation Studio will change the nature of app development.

Pocket Gamer: What issues did you come across with Apple's approval process due to the publishing of user-generated games?

Nitzan Wilnai: Initially, our biggest worry was that Apple would try to ban us due to user complaints.

When Sketch Nation Shooter came out in April 2010, Apple started cracking down on apps with sexual content. We were worried users would complain about seeing copyright or explicit content on a user-generated games and Apple would respond by pulling the app. We also didn't want to get a 17+ rating.

At first we were planning to get users to police the games, but didn't solve the problem of a young user potentially seeing explicit content. In the end, we personally approved every game submitted before other users ever got to see it. About 30 percent of the games submitted were rejected for either copyright or explicit content.

When we submitted Sketch Nation Shooter, we explained our intentions to personally monitor every submission and Apple apparently thought this was enough, because it took less than 48 hours to approve the app, with an age 9+ rating.

For Sketch Nation Studio, since we are now allowing users to sell their games, we were more worried. Not because we are breaking any rules, but just because we are doing something so different. Reviewing all those user-created apps will be a big job, but we're up to it.

It is important to note that as far as Apple is concerned, games created within Sketch Nation Studio are just like any other game submitted to the App Store.

Each game we create has its own Xcode project. We submit each game to Apple using our Engineous Games account and each game goes through the same approval process as every other app. Just think of Engineous Games as a publisher with users acting as game development contractors.

Can you explain how the profit sharing will work?

Revenue sharing will be split 50/50 after Apple's cut.

Each game will sell for 99c (US pricing), so after Apple's 30 percent cut that leaves 70c, with 35c going to the user. So if an game only sells 100 copies, it will still net the user $35 - which isn't bad for a high school kid playing with an game they downloaded for free.

On the other hand, if it sells 10,000 copies, that's $3,500 going to the user for something that cost them nothing and only took them a few hours to create.

Currently, payments will be handled using PayPal with a $35 threshold. There is also a 90 day delay, mostly because it takes Apple almost 60 days to pay us. We are currently in talks with a new payment provider that will give us a lot more options.

How are you handling an audience that might range from newbies to experienced developers?

When users first start Sketch Nation Studio, we have a tutorial that takes them through creating a simple game, then we have three game creation modes.

In Simple Mode, the gameplay is automatically generated, all the user has to do is pick the genre, add a player, platform and background, and the game is ready to play. We imagine it will mostly be used by new users and little kids, who just want to play with their drawings. One of our 7-year-old testers made a simple game by herself without a problem.

Advanced Mode allows users to modify many parameters in the game, from how many lives a player has, to how platforms behave or how fast the background should scroll. From our internal tests, we found it takes about an hour to make a cool, top-quality game. Just like in Simple Mode, when users are done creating their game, they can upload it to our servers and share it with other users in the app.

Stand-Alone Mode is identical to Advanced Mode, except the users add their own logo and icon. After uploading the game to our servers, we review it, and if it is fun to play and meets our quality standard and Apple's guidelines, we package the game data into its own Xcode project and submit it to Apple.

For Simple and Advanced games, we check each one to make sure the art does not include any sexual or copyrighted content.

From Sketch Nation Shooter we learned that people can really blur the line between copyright content and fan art. If a user wants to make sure their game gets approved, the best course of action is to create something with completely original art.

There was more than one game in Sketch Nation Shooter that had to be rejected because the user created beautiful hand-drawn art that looked like it came right out of Star Trek or Star Wars.

For Stand-Alone games we are going to be a lot more strict, especially when it comes to copyright content or fan art. We are only going to release high quality original content, and only if the game is fun to play.

That said, we are going to communicate with the creator to try and help them fix whatever problems the game might have so that we can release their game on the App Store.

What plans do you have for expansion after release?

For features, one of the first new features we are going to release is multi-frame animation. It is a feature users have been asking for since Sketch Nation Shooter was released, and we finally think we found a way to make it nice and easy.

The best part is, when we port the game to another platform, all the games will automatically run on it. We can even re-release all the Stand-Alone games on the new platform.

What's your measure of success?

What we are doing has never been done before, and we believe that by enabling every user to have the chance to make and sell a game, we can all make money and enjoy success in the App Store.

That said, what we are trying to do here is also change the way people make games. Right now if you want to make an iOS game, it takes money, technical knowledge, time and a lot of effort.

With Sketch Nation Studio, making an iOS game is so easy anyone will be able to do it. The idea that we are enabling users to have their own games on the App Store, to us, that is already a measure of success.

How do you create apps like Sketch Nation Studio and also balance your creative output with providing enough scope for players to display their own vision?

We dream up a variety of games we'd like to make and then ensure that the app can create them all.

We also try to design everything in such a way as to give the user as much leeway as possible. We do our best to maximise user creativity by including lots of customisation options in the game's creation tools. In future updates we will add even more options.

In Sketch Nation Shooter we also had build-in art packs for users who didn't want to create their own art.

In Sketch Nation Studio instead of having art packs, we decided to let users share their art. This way if you want to create a game, but don't want to create your own art or are not very artistic, you can simply download art created by other users and use that in your games.

Thanks to Nitzan for his time

You can find Sketch Nation Studio on the App Store here [iTunes link].