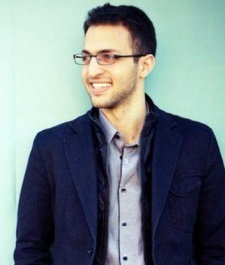 15 months later, it bought Draw Something developer OMGPOP for at least $180 million.

You don't need to look much further to see that asynchronous mobile gaming is hot, both in terms of audience reach and commercial appeal.

So, in that context, how much would a company that enabled every mobile game to have an asynchronous (and a synchronous) multiplayer mode be worth?

Shai Magzimof, the 21-year-old ("almost 22" he says) CEO of Israeli start up Nextpeer - marketing tag 'Play With Friends', is attempting to find out.

Set up 8 months ago with two technology entrepreneurs Itamar Mula and Daniel Shir (and already pivoted once), the Tel Aviv-based Nextpeer enables challenges and tournaments in any games that support its SDK.

Of course, we've been this way before. OpenFeint had its PlayTime SDK; something it couldn't work out how to monetise and which was subsequently dropped following its acquisition by GREE.

As well as offering head-to-head competitions, it hoped to monetise such social interactions through the wagering of its virtual currency; exactly what Nextpeer does. 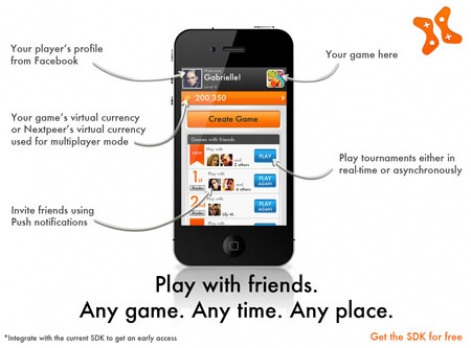 Working with around 200 developers on iOS, the platform is live in around 20 games.

Most notable are Pixowl's Safari Party and Adrenaline Monki's Mooniz. Both use match-3 mechanics, which work well in terms of the synchronous, real-time multiplayer that Nextpeer currently supports.

Across those 20 games it claims 5 million downloads and 500,000 monthly active users.

However, Magzimof argues Nextpeer can be used for all types of games. The next version of its SDK will handle Last Man Standing-style tournaments, whether that's a traditional last player alive or first player to complete the level.

Still, it's the harder asynchronous gameplay, or a "Draw Something platform" that the company's working hard to get completed. To speed this, it's in the process of closing a funding round and looking to open a Bay Area office.

More generally, Magzimof points to the value of competitive interaction with friends and other players, plus the usual in-app chat, push notification and social options, in terms of boosting retention and engagement.

"When games have integrated Nextpeer, we can see players rarely go back to the original single player mode," he says.

"We can set up anything from 1-on-1 to 20-on-20 player tournaments. It makes games more fun and more engaging, plus giving developers a new revenue stream."

When you start up a Nextpeer-enabled game, alongside the usual menu options, there's always one entitled Play With Friends - a phrase that's used across the network. 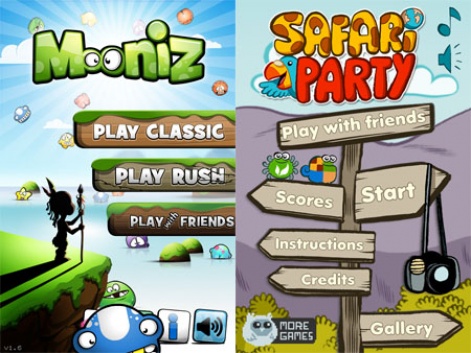 Tap this and you launch a Nextpeer UI page, which handles the session so that other players can join. The host decides from a pre-set list how many coins people have to pay to play. The winner gets the pot, while all players gain some XP.

Obviously, spending real cash to buy more currency enables you to play more often, as well as buying the power ups that will give you an edge in winning tournaments, assuming the developer has added these.

However, due to Apple's restrictions, currency can't be shared between games, which is limiting factor.

Fulcrum to move the world

The final piece of the puzzle is there's also a standalone Nextpeer app.

Acting as a central hub, you can sign in via Facebook, viewing all the enabled games and building up your social graph of friends, either via email or Facebook Connect.

It's live on the App Store now, currently acting as a testbed as Nextpeer experiments with the server elements that will support the asynchronous part of its operation.

The goal is to use the app as its consumer focus, in terms increasing the distribution and promotional channels for games using the SDK.

Of course, in due time, the app will be released for Android too.

You can find out more about Nextpeer via its website and download the iOS app here [iTunes link].