Antti Sten and Tuomas Erikoinen on growth, poker and leaving Rovio to set up the laid back but explosive Boomlagoon 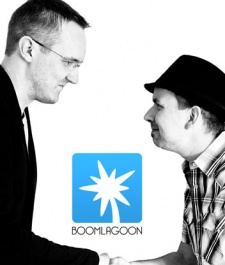 May 7th, 2012 - 10:07am
By Vlad Micu
The word is out. Rovio veterans Antti Stén and Tuomas Erikoinen have left the nest to start their own company, Boomlagoon.

Since their final day at Rovio - Friday 13 April - the pair has decided to postpone any tangible game development plans and are focusing on positioning their new company, which is based in Helsinki, Finland.

We sat down with the duo to look back at their careers, the initial encounter behind Boomlagoon, and how their plans for world domination are slowly taking shape.

For the past two years, Erikoinen (lead game artist at Rovio) and Stén (lead server architect) have experienced what it's like to be in the middle of a rapidly growing company, wrestling with an ever growing global franchise and the resulting challenges it bestows on a growing number of employees and departments.

"I've been focusing mostly on areas such as hiring, tool development and other organisational tasks," Erikoinen explains.

"With the rapid growth, you suddenly have to think about the bigger picture instead of just focusing on your graphical tasks."

During the success of Angry Birds, the pair not only experienced the move to a bigger office to sustain the growing amount of employees but also the foundation of many different departments that take care of its products.

"All of the departments require the same [art] assets that the game department is creating," Erikoinen says.

"So you need to have solid processes to make it easier. That all gave me a lot of experience in different fields. At Rovio, the bigger picture has been building the brand, and not just separate art assets. And that's something that changes your focus on a whole different level."

In contrast, starting up their own tiny studio is very different.

"Things are going to be very different since now we need to focus on a totally different level," Stén explains.

"There's a little bit of mindset changing ahead. But we both have worked in small companies, so we have quite a lot of experience working with many different responsibilities." 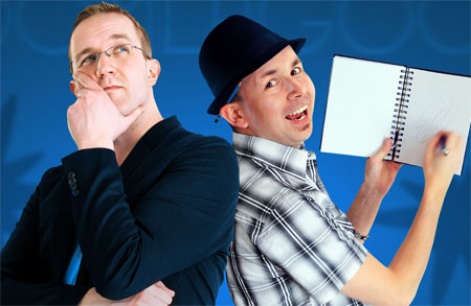 Regardless of the fact that they haven't run a company before, Erikoinen and Stén also feel ready.

"There are still fields that we have to get more experience in, but we feel confident of facing the unknown. Of course we will have to rely on the people in our networks as well."

Erikoinen has even started studying programming, having recently made his first five small demos using C#.

It has back in September 2010 that Stén joined Rovio as the 33rd new hire after Angry Birds' success.

"It reminded me of the early days working as a project manager at Sumea [another Helsinki mobile studio] before it was bought by Digital Chocolate," Stén recalls.

"It was a small office where everybody had a huge responsibility to make things work. It brought back memories, I was back into the start up spirit that you get when you are still small."

"My first memory of Antti is when we were working on a promotional Angry Birds campaign together," Erikoinen says.

"I was supposed to convert a video to a certain format, that Antti would then put on a server so it should work on Android phones. But it didn't work the first 20 times so Antti kept nagging about it."

"I remember this company party," Stén recalls. "This guy from our office would come up to me and give me a hug out of nowhere. I never met this guy or knew his name, but later it appeared to have been Tuomas!"

Stén himself had considered doing his own start up for almost six years, but it was only after befriending Erikoinen that he found the right co-pilot.

"I had this particular idea for a game about four years ago and I talked about it with a couple of potential co-founders, mostly artists," Stén says.

"The time wasn't right, but I heard that Tuomas shared the same dream of forming his own company, so things clicked instantly and our ambitions seemed to align."

"It was when we went to a bar called Hemingway's and had a pint late last year," says Erikoinen.

"We were talking about random stuff when the conversations drifted towards founding a company. We had the first spark over a pint and that spark saw us end up here."

"Our personalities also match pretty well," Erikoinen adds. "Our stupid humour is pretty much the same. We don't need to explain ourselves in many ways to understand each other. It comes really easy for us, despite the programmer-artist setting."

Once upon a poker night

Aside from the numerous pints, Erikoinen and Stén would further bond while frequently meeting at the now long lost Rovio tradition: the Friday evening poker night.

"We only got to know each other around games of poker," Stén explains. "We didn't have any common projects before that."

"Back in the days, about four years ago, Rovio used to have free beers every Friday so people stayed at the office," Erikoinen recalls.

"There were twelve of us back then. Every Friday we would kick back, drink some beers and play poker. It was kind of like a tradition. But when Angry Birds was published and got big, we kind of drifted off from the poker nights, so we had about one poker night every two months or so."

With both Stén and Erikoinen having a history in online poker, they found themselves equally matched.

"I was organising poker nights a lot at Digital Chocolate before joining Rovio," Stén adds. "So that was kind of good to continue for me at Rovio."

Erikoinen and Stén are taking the tradition them to their new company, with major plans to have their meeting room double as a "big ass poker room".

"We want to be the most laid back relaxed employers of all," says Erikoinen.

"Still keeping the right focus when it comes to making great games, but not being too managerial or corporate about it, so to speak. We want to have a lot of fun too."

The time was ripe for Stén and Erikoinen to start anew, with Rovio reaching a new height in staff size. It's a familiar feeling many game professionals experience at a certain point when working for a successful company.

"In a small company, you get to know what everyone is up to, what everyone is working on and what the general atmosphere is," says Stén. "But once the studio gets bigger, that all naturally changes."

"The growth has been so rapid that I haven't even realised it, " Erikoinen admits.

"On one of my last days in Rovio we had a monthly meeting with the games department. For some reason, at that point I remembered the whole company being just 12 employees and I went through some nostalgic feelings."

Despite the decision to leave Rovio and start Boomlagoon, the pair's time at the studio has deeply influenced and inspired them.

"One big life-changer for me at Rovio has been the fact that with so many people you need to improve yourself as a speaker," Erikoinen argues.

"If you look at me six years ago and now, you'd see a totally different man. I'm much more social and positive. Through socialising I've also built lots of self-confidence. That is also something that can't be over valued."

"The most important thing I learned was to think BIG," Stén adds. "If you have a great product, there's no reason to be modest. Angry Birds is a great example of this. If you think it might be a cool idea to launch a game from an international space station, then why not? Go for it. As someone quite humorously put it, even the sky isn't the limit!"

Stén will be Boomlagoon's CEO and will be 'the man with the plan', while Erikoinen takes up the position of CCO to be the company's 'man of action'. The name of their new company came forth from the duo's desire to reflect on their plans to run the company.

"We want to be able to make decisions fast and act upon them," Erikoinen says. "So you could say we want a lot of action. Boom! We also want to be a laid-back and an easy-going employer, and where do you see an attitude like that? Lagoon!"

Erikoinen and Stén have confirmed that they've already started talks with several parties about determining what the company's first projects will be.

What is already confirmed is that Boomlagoon will be focusing on developing their games using HTML5 and have plans to move to mobile in the near future.

You can see what Boomlagoon get up via its website, as well as following Tuomas and Antti on Twitter.

Vlad Micu has been a freelance journalist for over five years, also being MD of WindowsPhoneFans.com. Currently residing in Bangkok, Thailand, he has recently taken steps to pursue his lifelong dream of making games.