YoYo Games' Sandy Duncan on why GameMaker: Studio is the best for 2D game creation 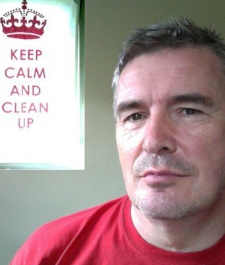 May 23rd, 2012 - 09:01am
By Jon Jordan, Contributing Editor
Considering the competition when it comes to game-making middleware, you have be impressed by YoYo Games' ambition.

The Dundee, Scotland outfit, which is powered by tech veterans from DMA Design and Realtime Worlds, took over ownership of the GameMaker package six years ago.

Originally designed as a drag-and-drop education tool for 2D games, YoYo employs original creator Mark Overmars, and has worked hard to professionalise the package so it's hardened for game developers.

No surprise then that plenty of well known companies were involved in GameMaker: Studio's beta, with German publisher HandyGames the first to publicly announce it's using the tool to make commercial games.

"We have no direct competition," states Sandy Duncan, YoYo Games' ever bullish CEO, and previously a senior executive at Microsoft Europe, where he was involved in the Xbox launch.

"We do more platforms and we do them more productively than anyone else."

Certainly, with the package available for a fairly low price, and modular if people want to target specific platforms - PC/OS X, HTML5, iOS and Android are priced separately - GameMaker: Studio is likely to receive strong support, both from professional developers and its existing prosumer base. 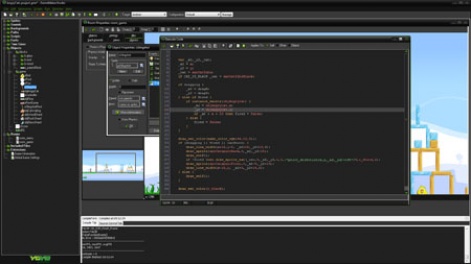 YoYo Games itself is split into game and tool development parts, so it fulfills the middleware cliché of 'eating its own dog food'.

"We publish games to prove and improve the tool," Duncan says. "We're a GameMaker company through and through.

And demonstrating the commercial aspects of the package, over the past couple of years, YoYo Games has released around 25 iOS and Android games, all from a team of around half a dozen people.

"The bottomline is we've proved you can release mobile games that cost less than $10,000 to make and are successful," Duncan says.

"With GameMaker, People will certainly get what they pay for." 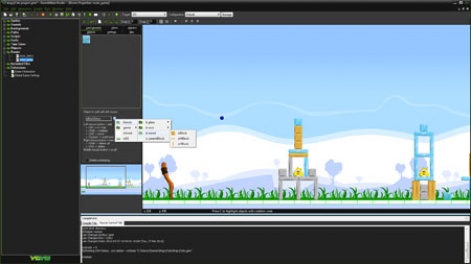 You can find out more about GameMaker: Studio here. Reply
Kelvin Anderson
I've used Game Maker for around 6 and a half years and can now try my luck with selling my games through the Android Market and iTunes. Fuck Yeah!!!!!

In my opinion Game Maker is the best 2D game creation software :)
Posted 7 years, 9 months ago Reply
Tomasz Micha? Filip Kaczmarek
Will all due respect to Duncan but he is lying and trying to present GM as best tool.

GM Supports: Windows Native, Mac Native, HTML 5, iOS, Android + PSP Minis. That is 6. AFAIR they had also some Symbian exporter which would be 7th.
Construct 2 gets most of GM users and makes only HTML5 but trough wrappers they can go on all mentioned above platforms... But to stay with native exporters:

So next time please validate your sources.
Posted 7 years, 9 months ago

Reply
Beat Rootius
Stncyl and Construct2 are hot on the heals of GM.
Posted 7 years, 9 months ago

Reply
jon jordan
I think YoYo would also argue that GameMaker's cross-platform abilities are an important part of its appeal.
Posted 7 years, 9 months ago

Reply
Micah Mynatt
@PaulHMason None of those even hold a candle to the production speed and ease of Game Maker.
Posted 7 years, 9 months ago