As demonstrated by Subway Surfers 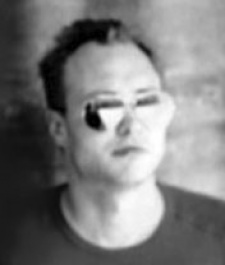 May 30th, 2012 - 05:54pm
By Jon Jordan, Contributing Editor
With hits such as Frisbee Forever and Bullet Time racking up over 40 million downloads, Kiloo knows all about free-to-play success.

But, despite being a mid-sized outfit - 35-strong - the Danish developer is still keen to expand its presence working with third parties.

It doesn't want to be a traditional publisher, though. And that's how it's come up with chief creative office Simon Møller calls its 'Co-Productions' model.

Launched with iOS game Subway Surfers, Møller explains the thinking behind what he describes as a more successful and equitable business model.

Pocket Gamer: What was the thinking behind your new publishing model?


But as we transition into mobile and other digital distribution, there's a need for a new model that suits these very different platforms.

Distribution power is handled by platform holders and marketing is less and less relevant. Teams are getting smaller, technology such a Unity and (to some extent) Unreal Engine has become easy to use for everyone. Development cycles are shortening.

When we look at alternative business models - such as free-to-play - the core gameplay itself changes from being the only relevant game component to being rivaled by meta-level game components.

Social and monetising features are important, along with PR, community management, UI design (since we're in essence creating a shop experience), and implementation. (It takes longer to implement UI than people think.) Product testing in a fragmented world is also a complex issue, with new platforms, operating systems and devices popping up all the time.

This might sound like marketing bullshit, but we believe we have solved this problem, and we believe we have a new model that can help smaller studios succeed in a difficult market. I don't really have a clever, sexy name for it so we simply call it Co-Productions.

In terms of Subway Surfers, how did this collaboration happen?

We have worked on the model for a while, and with Subway Surfers, we set out to test it. Our amazing friends at SYBO Games (they worked with us as contractors on Bullet Time so we knew them well) played along with the idea. We quickly identified that SYBO's strength was making cool character designs, animation, sound design and core gameplay mechanics.

But given that they're a relatively small studio of five people and one (awesome) dog, they didn't quite feel like coding UI, doing wireframes, analytics and all the other meta-level components that make up a free-to-play game.

The obvious solution was to split the workload down the middle.

Within ten days from starting out, we had a working prototype. And while SYBO continued fleshing out the graphics and gameplay, we started wireframing the UI and planning the monetising, social and retention features of the game. Kiloo proceeded to design, implement UI and server setup, made the launch plan, handled community and bought a marketing feature with FreeAppaDay.

Kiloo had two programmers, two UI artists, a producer, our business intelligence team working on the project, along with myself and our sales team handling external channels. At Kiloo, we spent about 2,000-2,500 hours on the project. Not sure how much time SYBO spent on it, I'm guessing a little more.

We started designing the game on 20 December 2011, had a working prototype in January 2012 and released 24 May.

What's the formal deal in terms of who owns the IP and/or rights to other platforms?

As one of the first things before starting production, it was important to agree on the commercial terms.

We agreed that a clean 50/50 split between Kiloo and SYBO was the right choice in terms of deal structure. 50/50 is an important psychological number. It means that we are as close to equal partners in the project as we can under the circumstances. This was important for me, because I wanted both companies to feel equally interested in making a quality product and achieve commercial and creative success.

Isn't it the case that bigger companies such as Kiloo are in a win-win situation, because your downside is limited to time, but your upside is unlimited revenue-wise?

Naturally, that is a fair question. In terms of spreading risk, we are in a better situation than a partner studio because of our track record and products in the market. However, I don't agree that Kiloo has nothing to lose. We have significant resources invested, and we want it to succeed more than anything.

The way I see it, it's all about significant man-hour investment, craftsmanship and believing in the project on equal terms with the studio we partner with. We help reduce risk with the strong effort on sales with minimum guarantees for secondary platforms.

We see this project as much our own baby as all other projects we do 100 percent ourselves.

Working with a partner studio brings new stuff to the table. Fresh thoughts, ideas and a different skill set and that is a great advantage. Leveraging a partner studio's specific knowledge (and interest) with our insights into the market and full commitment to the project is a win-win for both parties.

Why did Kiloo publish the game? Surely you could act like an agent and let the developer have its name on the App Store?

In the core concept of the Co-Production model lies the freedom for developers to develop the game itself, and avoid all the parts that take up additional manpower. Partner studios get to make "just the game".

Kiloo has the appropriate staff and logistics needed to handle all other parts of making the game, including community management, dedicated analytics, UI designers and sales efforts to external channels. For example, we secured a six-digit dollar minimum guarantees from other platforms before going into beta for this title.

We also have a strong community that feels good about the way we do games design and particularly friendly monetising design. The following helped the initial discovery on the App Store through forums.

Those facts helped make the decision on publishing so everyone could do what they are good at. And when we communicate through press releases, in game screens etc, we make sure that the company names are beside each other equally so no one feels left out.

Do you think this model is particularly relevant for free-to-play games?

Honestly, I don't think the model works as well with pay-to-play products as with free-to-play ones.

What plans do you have for more Co-Productions?

I would be super happy to find other world-class studios like SYBO to partner with us in the future.

We feel that after four years, we're finally starting to understand the iOS market, and we can help both ourselves and partner studios succeed in this space. I think the time is right to move into more graphics-heavy free-to-play titles that easily rival pay-to-play ones in terms of quality. With the new iPad, we're moving closer to a console level experience, and that's something we want to work with in the future.

A potential partner studio would work in Unity 3D, have great graphics resources available, and solid understanding of gameplay.

And even if we don't have a huge war chest of money to hand out, we might at some point in the near future decide to pay out milestone-based recoupable upfront guarantees to partner studios. It's all about the project though.

What do you think this model mean for more traditional mobile publishers?

The "traditional" publishers' role has been significantly weakened with platform, distribution power and marketing paradigms changing.

I've often warned against people releasing through publishers such as EA/Chillingo, instead suggesting that they publish themselves. I just don't feel the traditional publishers bring enough to the table.

Whether or not the model we've proved will make an impact on the market remains to be seen. I really feel, however, like they're trying to force an App Store world into a boxed-product mindset.

What's next for Subway Surfers?

Given the game's success - top 10 free game in over 80 countries and 10 million sessions per day - both ourselves at Kiloo and SYBO Games have been hard at work implementing new features and diversifying the graphical experience since Saturday.

We feel we have a contract with our players, and we want to keep that promise, now that players have shown such interest in the product. Expect an update in June.