Backed by the industry 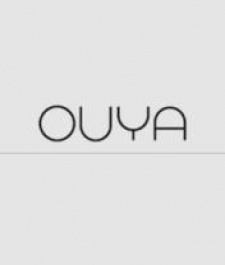 July 12th, 2012 - 01:27pm
By James Nouch, Staff Writer
Ouya, the $99 home console powered by Android, has now raised more than $3.8 million in the two days since its Kickstarter page launched.

The console promises a catalogue of free-to-play experiences for gamers, and a 'developer-friendly' environment for content creators. But what exactly does that mean?

To find out, we spoke to Tiffany Spencer, who handles communications at Ouya.

Pocket Gamer: For those who don't already know  what is Ouya?

Tiffany Spencer: Ouya is a new kind of game console for the TV that is based on Android.

Two days ago, we hit our funding goal on Kickstarter. That money will be used to take us from prototype to market.

Ouya promises to be a 'developer-friendly' platform. How so?

In recent years we've witnessed a brain drain as some of the best and most creative developers have shifted focus from console development to mobile and social because the opportunities are more straightforward.

We've already got some well known game designers supporting us.

From Notch (creator of Minecraft) and Adam Saltsman (Canabalt), Jordan Mechner (Prince of Persia, Karateka) and indie darling Jenova Chen (Flow, Cloud, Flower)  in fact Brian Fargo (inXile) was so excited by the concept of Ouya he personally invested in the company.

Why are developers supporting Ouya? Its an idea whose time has come. The timing is right to rethink the console business.

Just how easy is it for a developer to launch their existing mobile games on Ouya?

Ouya is open and its based on Android. Developers already know how to build for Android. The submission and publishing process is very straightforward, its modelled on how Android app submission works now.

Furthermore, it isnt expensive to develop for, and the economics are easy to understand. The box itself is a dev kit and there is no need for expensive SDKs. Every console comes with all the tools you will need to make a game.

How will developers monetise their titles on Ouya?

All games on Ouya must have a free-to-play component, but developers can essentially chart their own destiny. They can offer players a free demo with a full-game upgrade, run a subscription model, or go down the freemium route. We put the power in their hands.

When the platform launches, we'll be operating with a standard 70/30 revenue share.

When do you expect to be sending Ouya units out to consumers and developers?

We are targeting March 2013 to send out the first units to consumers. Developers who pledged at the $699 level get a first-run Ouya (already rooted so they can hit the ground running), and early SDK access.

And will you launch in stores after that?

We will definitely sell our consoles online and are currently engaged in discussions with retailers.

Plenty of people already carry a smartphone in their pockets. Why do we need those experiences on our televisions?

We love games. We play everything. Mobile games are great but they dont offer the same experience as console gaming.

It's how most of us grew up gaming.
Thanks to Tiffany for her time.

You can find out more about Ouya on the project's Kickstarter page.