US start up GameFace.me on why it's leading the charge for personalised gaming

Time to rescue your girlfriend, not Princess Peach (again) 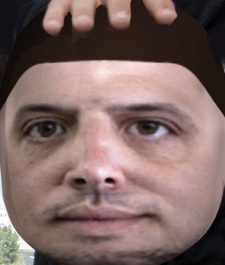 Boasting an experienced set of co-founders from both games and technology backgrounds, it's looking to bring something very different to the social gaming market.

We caught up with those co-founders to find out more about their plans for your friends' faces.

Pocket Gamer: Can you provide some details about what you're up to?

You're no longer rescuing random princesses and mowing down generic computer opponents: You're rescuing your wife or girlfriend from an army of hungry zombies composed of your coworkers or college buddies. All set in the city in which you live.

Who's the team behind the company?

Scott Foe: As the old saying goes, "Figure out who is getting on the bus before you figure out where the bus is going," and boy do we have a bus that's fully-loaded with talent.

Tipatat Chennavasin, a Stanford symbolic systems grad who has spent a decade in the games industry, most recently at RockYou, is a pioneer in gesture gameplay, having contributed to patents that are at work in Microsoft Kinect. Tipatat is our CEO.

Richard Au, another Stanford grad, has spent his ten-year career at supercomputing start ups: He has broken seven world records in supercomputing. He's technically our CTO, but there's nothing this guy can't do - a total renaissance genius. 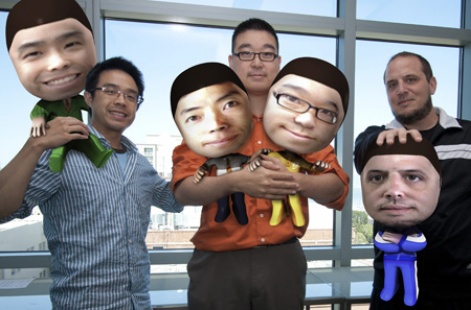 TJ Tang is an enterprise systems and scalability expert. He was systems architect at OpsWare and contributed to its $1.6 billion exit to HP. You might wonder why we need big data and supercomputing expertise? It's not enough to transform social network data into game data. We're going to have to do it as quickly and as seamlessly as is possible and at a massive scale.

Rounding out the team is, well, me!

Richard Au: Scott is a games industry legend. First in online console with the Sega Dreamcast. First in online mobile with the Nokia N-Gage. Pocket Gamer called Reset Generation (the game he produced at Nokia) one of the most important mobile games alongside Angry Birds.

He is a master of games design and production and we are fortunate to have him as our Chief Creative Officer.

Why do you think personalisation in terms of faces is so important for gaming?

TC: There was a study by the Princeton University and The National Institute of Health which showed that friends' faces create the highest levels of neural engagement:

The most neurons fire not when you see generic bald action hero nor famous valiant plumber, but when you see the faces of your friends and family. Faces are important; it's called 'Facebook' for a reason.

Do you use Facebook data in any way other than faces?

RA: Faces are only the beginning. Equally important to visual representation is relevant representation. Who are you most likely to want to help? To hurt?

Transforming all of that relationship data into relevant game data is what GameFace.me is- the future! The future is personalised entertainment!

TC: GameFace.me games are opt-in only, and we never abuse that data nor will we ever share with third parties. Never. Period. No.

RA: So far, both Apple and Facebook seem pretty happy with GameFace.me.

We were featured at Apple's Independent Game Developer Showcase during WWDC 2012, and we won the first Facebook Games Hack with NomNomFace, our eating-based puzzle game where you fatten up your friends.

What do you think are the best genres where this sort of personalisation will work?

TC: Personalised gaming is the future and the future, as we all know, is infinitely wide. Today, you're chopping up your zombified friends with a chainsaw in our social iOS game ZombieFace.

Tomorrow, all of your friends are walking around the streets of Grand Theft Auto and you are the gangster trying to conquer the city. A few years later, you can actually put your daughter in an episode of Sesame Street alongside Elmo.

You've released ZombieFace. What have you learned from the experience?

TC: Scott and I both have been working with iOS games before, and so we know the bland ropes.

Launching our proof-of-concept apps ZombieFace, NomNomFace and PuppetFace has allowed us to experiment with personalised gaming and to find out what players respond to and how to provide those experiences quickly and efficiently. 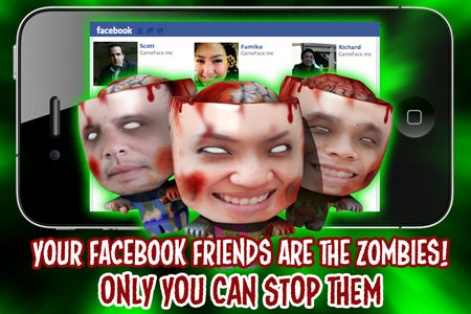 SF: Our motto for operations is, "Don't guess: Test." And man, have we been running a lot of tests.

Can you reveal anything about your future plans in terms of games?

TC: Well, Scott is known for crazy 'I never thought of that' game experiences. We're talking about the guy who practically invented social/mobile gaming. While I can't show our hand just yet on what our next games will be, I can say that you'll never guess in a million years.

SF: I'm not the guy to call in if you need a clone of something that's already at-market. I'm a big fan of showing people things that they have never seen before, and the GameFace Graph provides us with a huge possibility space to do just that.

Can other developers integrate your platform into their games?

TC: We're a games company, first and foremost. We feel that we are the best suited studio to show the world the possibilities for personalised gaming.

That said, our GameFace Graph API is platform-independent and productised and so we would be willing to hear suggestions from potential partners.

TC: In the near term, we're working to take ZombieFace from a proof-of-concept to a game that you simply cannot put down.

For the future, like Scott said, "Don't guess: Test."

Thanks to GameFace.me for their time.

You can check out what they get up to here and download ZombieFace for free here [iTunes link].

How Gameface.me rode Gangnam Style (part of the way) to viral success

Reply
jon jordan
As with many areas of technology, the basic idea is easy. Implementation at scale will be the challenge for GameFace.me.

We'll be following up to see how they're getting on.
Posted 9 years, 6 months ago Reply
Lewis Stewart
I'm confused - this is nothing new! I've seen many different games on Facebook that use this sort of technology/concept, like rescuing friends from zombies (which are other friends).
Posted 9 years, 6 months ago

Reply
fourtran
This will give 'taking out your frustration on your friends' a whole new meaning. Awesome idea guys!
Posted 9 years, 6 months ago