BitMonster not looking to crowd indies out 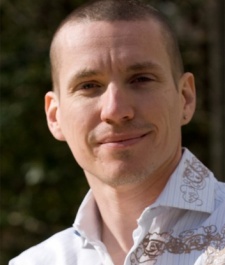 July 19th, 2012 - 01:52am
By Keith Andrew
Almost four years after the App Store made its debut, the idea of formally console-focused developers having a crack at mobile development is nothing new.

The continued advance of smartphone hardware means the gap between what's capable on console and mobile is arguably narrowing too.

As such, a game such as BitMonster's Lili  boasting "triple-A production values" and 3D graphics powered by Unreal Engine 3  is just one of many 'big hitters' now making a mark on iOS.

But is this supposed raising of the bar likely to leave indies out in the cold in the long run?

We caught up with BitMonster president Lee Perry  who formally worked on the likes of Gears of War at Epic Games  for his take on the console market's march on mobile.

Pocket Gamer: What made you target Lili specifically at iOS?

Lee Perry: We chose iOS for the first title for ease of development and distribution.

We certainly don't think it's the only viable platform, but coming out of the gate wasn't the time for us to take additional risks and explore other opportunities. We're not exclusive to any one platform, mobile or otherwise.

The game's PR makes a big play of Lili's 3D credentials and its triple-A billing. Are smartphones a suitable platform for such big titles, and isn't there a chance you could muscle the smaller, indie efforts out?

We don't think anyone has really nailed down a genre that is not suitable for smartphones yet.

That's one of the exciting things about the market, trying out these different aspects of games and seeing what sticks. For nearly every "why did game X succeed?" theory, there are others that counter those trends.

Is a 3D casual RPG suitable for mobile? We're certainly willing to give it a shot - it makes a nice opener for the company.

We hope nobody is getting muscled out - there's always opportunity for amazing indie games, and the community is amazing. You'll never find us making a game that feels like someone else's title that we're trying to execute better.

One great thing about mobile are the price points. With full price console games there's a much more competitive field because gamers are only going to buy x number of $60 games in a season.

Mobile is obviously different in that, I've never heard someone debate if they should buy one mobile game instead of another.

At the end of the day, we're still just six guys working in a room from our savings accounts, not buying up millions in advertising space or farming up App Store rankings with bottomless resources. 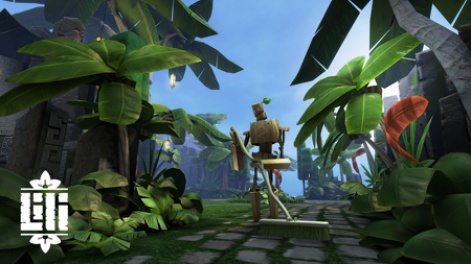 There's previously been a perception that console developers and publishers are still reluctant to work on mobile platforms  that the entire market is a different kettle of fish. Is that view changing?

That depends who you ask. There are large amounts of developers in the trenches at any studio that have interest in making smaller or more focused games. It's romantic.

There are huge pressures inside many large studios to find an outlet for their devs to be a part of the mobile market. If there's ever been a preconception that indie devs dislike AAA devs, or vice versa, I've never ran into it.

I've been meeting as many indie devs as I can for a while now, and they're just amazing forward looking people that support the hell out of each other.

How is working with touchscreen controls compared to delivering something designed for a game pad?

It's a great challenge, but it's also not an alien concept to us.

We've done lots of research into controls on various platforms and have been very opinionated about them for years now. Simplicity is a big goal for us, and touch screens can serve that goal better than a modern controller in many ways. 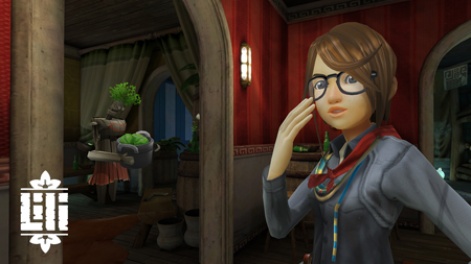 Given your background, what do you make of the perceived threat smartphones and tablets represent to consoles?

There are loads of grandiose claims out there saying one device spells the end of another.

Personally, I think the question is less about hardware and more about how open a platform is to people developing for it and how does it support a broad range of players.

Only time will tell how the next consoles handle those issues.
Thanks to Lee for his time.

You can find out more about both BitMonster and Lili on the studio's website.