Now's the time for a clean break 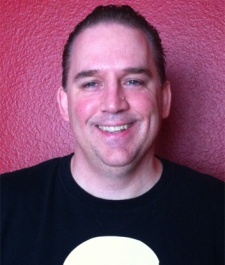 July 20th, 2012 - 12:46am
By Keith Andrew
The steady stream of established developers making a move on smartphones may have as much to do with the bulky nature of console development as it does any growth within the mobile market.

That's the take of Dave Pottinger, who  along with fellow ex-Ensemble men John Evanson and Jason Sallenbach  has just unveiled his new mobile-focused outfit BonusXP.

The threat smartphones represent to consoles may be overblown, he suggests, but for those who have enjoyed success working on such such systems, now appears to be the right time for a change of focus.

We caught up with Pottinger to find out just what the bonuses are in the fast expanding world of mobile development.

Pocket Gamer: You all have experience at Ensemble, as well as other studios. How do you plan to apply that experience to the mobile market?

Dave Pottinger: We've learned quite a few lessons during our time in the industry. One of the biggest is the importance of quality and polish.

We believe in that so much that it's really the core of our mission statement. We're very excited about bringing our triple-A sensibilities to the mobile space.

Do you have any set formats in mind?

At the moment, we're focused on crafting the best iOS experience possible.

Our first game will ship for those devices early this fall. We hope to be on other platforms eventually.

As we hire up and grow, we'll be able to do more simultaneous launches across multiple platforms.

Your PR says you're looking to deliver more than throwaway games  titles people want to come back to. Do you think too many mobile games are focused on short term thrills?

I don't think I'd say that necessarily.

The mobile market isn't just about sitting on your couch for hours completely ensconced within a single game. People play mobile games standing in line at the market or secretly under the table in a boring meeting.

If anything, one of the things we like about the mobile space is that there are more ways to play than on console.

There is certainly an appetite for simple-to-play titles on mobile but that doesn't have to mean those games are throwaway. That's where we come in.

We believe simple games can provide immense depth. Those are the games that people will love and come back to time and time again.

There's previously been a perception that console developers and publishers are still reluctant to work on mobile platforms  that the entire market is a different kettle of fish. Is that view changing?

I think it is changing, yes. The economics alone are pushing developers to explore new ways to deliver games.

We still love to play the big, epic console games. But, as developers, there's no way we would ever start a studio with the goal of hiring 100 plus people to make something.

We've been there, we've done that. We've even been pretty successful at it. It's just not where our collective heart is anymore.

We would rather build a small team and work closely together where everyone can 'own' the game.

There isn't much of a market for those games on the consoles anymore, and the current consoles have business models that are very difficult on indie developers.

Were we to ever consider a more traditional platform for our games, something like Steam or the Mac App Store would be a much better fit for what we're doing.

How is working with touchscreen controls compared to delivering something designed for a game pad?

It's been a blast. It's hard in ways you don't think about until you start actually building a game. Turns out fingers are pretty damn fat and your hand isn't see-through.

At the same time, it gives us a chance to be creative. It's a fun challenge to embrace the new interface and really design something that suits a touch device.

What do you make of the perceive threat smartphones and tablets represent to consoles?

I think the threat is somewhat overblown. The ease of mobile development has certainly siphoned off some creative talent from consoles and web games and garnered plenty of consumer attention.

But, it's also invigorated the industry with a rush of new blood and turned plenty of non-gamers into players.

People will always want the type of experience that only a console can deliver, so I don't believe we need to worry about consoles dying any time soon.