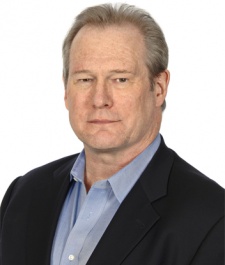 The games distribution specialist had long pushed out games across mobile platforms under the 'I-play' label, with its move to bring together all operations under the Iplay banner naturally boasting administrative advantages.

Combined with rejuvenated analytics and a vow to reach out to a wider array of games genres, the new company name is designed to reflect this shift in direction at a consumer level.

We caught up with Hayes to find out what moves Iplay is eyeing up next.

Pocket Gamer: You've been operating the I-play label under the Oberon Media name successfully for some time now. Why the company-wide switch to Iplay now?

Bob Hayes: We chose to implement a company-wide rebranding campaign to better reflect all of the positive changes weve made over the past 18 months.

For example, the rollout of a new technology platform, expanded game content and product offerings, and a new executive leadership team.

As part of this, we made a strategic decision to leverage and build upon the existing mindshare of the Iplay brand that weve used in the past for some of our offerings to reflect all of those changes.

The decision to support new game genres  has that been taken to bring new types of developers into your fold?

The decision was made in part to allow us to work with a wider variety of developers, as well as to provide the broadest possible variety of game content.

Were doing this so we can provide games to every type of consumer and game player out there, when and where they want it.

How will the new analytics engine work in terms of pushing the right games at the right players?

The analytics engine works to maximise consumer engagement, and put the right content in front of the right user at the right time.

Our merchandising team uses a mix of editorial curation combined with analytic automation to take into account new games, popular favorites and recommendations for our users.

Overall, what will the rebranding do for Iplay?

The aim of the rebranding is to send a message to the marketplace that signals the fundamental and positive changes made within the company, after a period when we were not doing much public outreach.

We want to make sure everyone is aware of the new and exciting changes that have taken place at Iplay that allow us to deliver to partners, developers and consumers alike, the best services and products possible.
Thanks to Bob for his time.

You can find out more about Iplay on the firm's recent relaunched website.

I-play to drop support for Java and Brew games