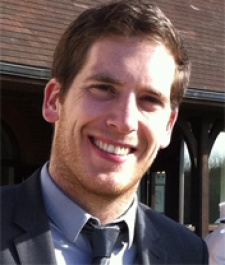 July 24th, 2012 - 09:30am
By Keith Andrew
On Friday 20 July 2012, a collection of UK developers came together in Mind Candy's offices in Shoreditch, London to drink a few cans of beer, play a bit of FIFA, and eat a whole lot of pizza.

The collective  better known as Best of British  set about making a series of seven second sports themed mini games using Unity, the idea being to package them altogether in a WarioWare style release for iOS and Android.

A few days on from the hack's conclusion, we caught up with one of the many 'hackers' in attendance  Andrew John Smith of Spilt Milk Studios  for his take on how 'BoBHack' went, and just what the indie cooperative plans to do next.

Pocket Gamer: We are a few days on from the end of BoBHack. Have you had a chance to get much sleep?

Andrew Smith: Just about! I had to skedaddle on the Saturday evening, so probably got more sleep then the rest of the guys and gals. What a bunch of troopers!

The thing I was most struck with was how relaxed and friendly everyone was with each other. This must be a plus for the Best of British (BoB) movement as a whole?

I think working as we all do in smaller and more creatively rewarding companies, it's just how we roll.

The BoB group was set up specifically out of a need to get to know and help out devs in the same position as us. We're all of a similar age too, so that helps. Also nobody's afraid of a good hug!

Speaking to us before BoBHack, fellow BoBHack organiser Will Luton said indies need to do "more than just pat each other's backs on Twitter." Do you think BoB fills that role?

I think we've made a great start, laying a foundation upon which we can build something wonderful and helpful.

We've got big plans beyond the hack, and the more we do fun things that are also useful to us all - I got to stretch my artistic muscles, for example - the more they'll all add up and reinforce the effect of whatever came before.

It's a win-win! And incredibly British. 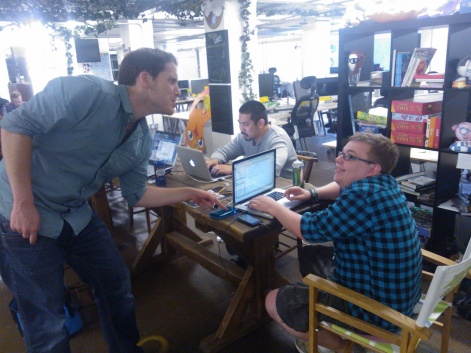 I'm told UKIE's Jo Twist turned up to the hack with some champagne after I left. What do you make of UKIE's attention?

They're a lovely bunch of people and the fact she came with offerings of bubbles, snacks and news from the world outside just shows how much a community of devs is important to UKIE. As it should be to everyone.

How did you get on with your game for BoBHack? Did Unity serve its purpose?

Unity was great. I had a blast and was pretty chuffed with the quality of our final three games.

It's so great being able to make simple, polished little bites of gameplay in such a short time with nobody judging or applying pressure at all - totally driven by the humour or appeal of an idea.

It was just lure game-making...very healthy and refreshing.

Any of the other games impress you?

Everybody turned out such great work, I think it's impossible to choose any favourites. The public are in for a treat when the game is released.

What hopes do you have for the package's release? Do you or any other BoB folk have any download targets in mind, or are you just going to put it out and see what happens?

I hope it reaches as many people as possible and we all see huge download spikes of our existing games!

Seriously though, just having the game be enjoyed by people out there will be hugely satisfying and frankly I got tons out of contributing - anything else is just icing on top. 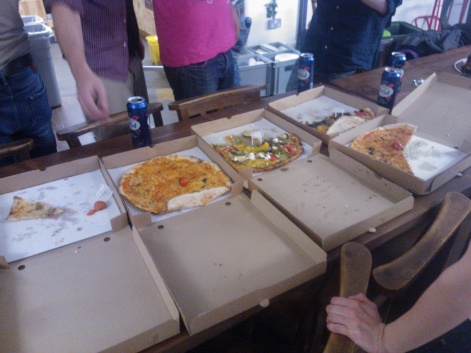 Seconds after this picture was taken, the pizzas were goneAny plans for any similar events in the future?

I don't think you could stop another one from happening, even if you had an army behind you.

What's the main thing you took away from the first BoBHack?

A greatly reassured sense of camaraderie, and no small amount of confidence - not only in my own abilities but also in the future of the UK dev scene. It's in very talented, safe hands.
Thanks to Andrew for his time.

You can read our coverage of BoBHack, reported live from the scene, here.