Wooga: We've not given up on the HTML5 revolution 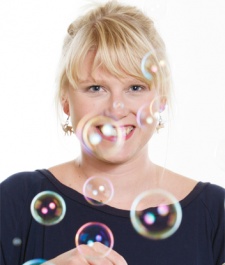 According to the firm's head of communication Sina Kaufmann, the firm's decision to launch Diamond Dash on Android (following a successful run on iOS) is just the start  Wooga plans to double its mobile and Facebook portfolio by the start of 2013.

HTML5's role in this smartphone assault, however, remains unclear.

Though Kaufman denies that Wooga's decision to open up the HTML5-powered Pocket Island was a sign the company was 'giving up' on the language, she does acknowledge that the game didn't hit the right notes with Wooga's mainstream audience.

We caught up with Kaufmann for her take on how Wooga plans to win the mobile game with or without HTML5 on board.

Pocket Gamer: 20 million Diamond Dash users on iOS is nothing to be sniffed at. Did you expect that level of success so quickly?

Sina Kaufmann: No, Diamond Dash was our first game for iOS and our first step to mobile at all.

When Diamond Dash was launched in the App Store in December, it was already quite successful on Facebook, but still we were pretty excited about our first mobile title and whether we would manage to transfer the game successfully for mobile users.

And now we are looking forward to also bringing the game to Android.

How does the game's audience differ between Facebook and smartphone?

They dont really differ that much.

We create games for a very broad audience and 70 percent of our players are women. In fact, we've seen a strong trend of Diamond Dash players on mobile also connecting via Facebook.

The percentage of users choosing to connect to Facebook has continued to rise since the game launched  from 28 percent of users in December to 64 percent and rising at the end of March.

Users who log into Facebook from the game are eight times more likely to spend money, and spend 50 percent more on average. Thats why we say connected gaming is the future. 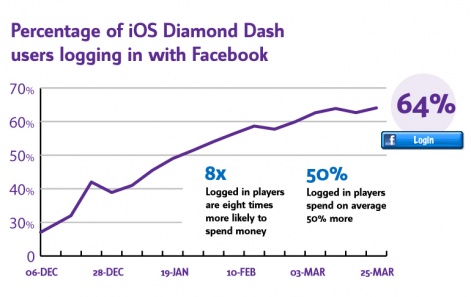 Is the move on Android likely to be followed by launches on other operating systems?

Right now the focus is on bringing the very successful Wooga titles to iOS and bringing Diamond Dash to Android, connecting all our players via Facebook.

Wooga will double its current game portfolio on Facebook and mobile games by early 2013.

Some firms have criticised your decision to make HTML5 release Pocket Island open source, with Ludei suggesting you've wrongly given up on the language. What's your view?

It became clear to us after one year of developing Magic Land Island [the game's original name] that, while trying hard to push the game for mobile mass market, it wasnt yet ready to sustainable satisfy our mainstream mobile audience.

We are very excited about the technology and to say we 'gave up on it' is not the right term, but we decided to stop trying it alone and look forward to see how the HTML5 community can use the lessons learned from Pocket Island to develop the technology forward  hopefully to the point where it may revolutionise the mobile app market. 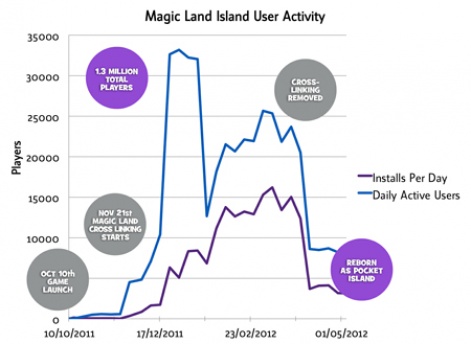 Some also claim Facebook gaming on the whole is on the decline. How is the social network doing for you?

We see a lot of new users and a high activity in our games on Facebook - we are very happy with their growth. We also develop new unique titles for Facebook.

Also, we are social games specialists, which means games you can play with your friends even if you don't consider yourself a gamer.

We implement the social graph and your real friends into our gameplay - without Facebook that is not possible. The same accounts for mobile.
Thanks to Sina for her time.